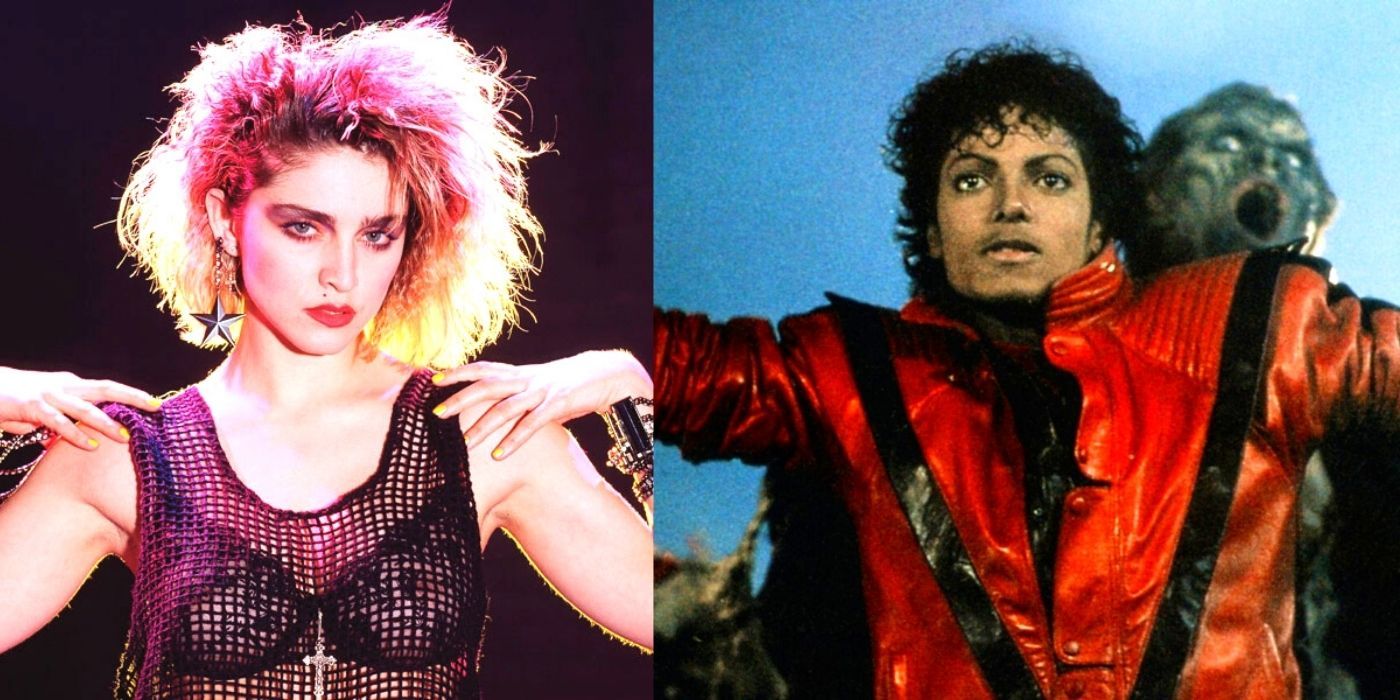 10 music videos that shook the world in the 80s

The 80s were a magical time for music and MTV helped fuel this massive movement. Although music videos were a relatively new idea at the time, there were quite a few pioneers who understood the mission.

From wacky images to on-the-nose visual storytelling, all the videos tell a different story and provide insight into the visions of the bands and artists. While it’s nearly impossible to recount every influential and groundbreaking music video from the 80s, there are a few that definitely stand out from the iconic period.

As the very first music video ever to air on MTV, the song’s subject matter is tongue-in-cheek but fitting for the art form’s new movement. The value of the video is obvious, as fans still have butterflies in their stomachs just seeing the opening shot, reminding them of the music channel’s early good days.

From the fun beat to the unique visuals, many fans agree that this video was a great launch for MTV’s career. The Buggles would also be very happy to know that the video didn’t actually kill the radio star, but rather made them even bigger superstars.

While the video itself is quite plain and simple compared to the others, the iconic nature of this single is quite shocking. The song was huge, with an astonishing 23 week run on the charts, so needless to say the video played a bit on MTV in 82.

Although Ozzy has been a controversial rocker for his many wild antics of the past, there’s no denying that his music video for “Bark At The Moon” was so perfectly Ozzy. His very first music video, the rockstar started his video career on the right foot, because it was perfectly creepy in Ozzy style.

Many fans believe this song contains one of the greatest guitar riffs of all time, while others believe the imagery alone is iconic in itself.

With nearly a billion views on YouTube alone, fans can only guess how many times this video played on MTV at the height of its success. Michael Jackson was one of the major pioneers of ’80s music, with endless record-breaking hits, and this picture-perfect Halloween anthem is no exception.

Jackson also received rave reviews for other popular videos like “Beat It” and “Billie Jean,” but nothing comes close to the chilling yet fun 13-minute adventure that was “Thriller.”

While the video is pretty straightforward as it guides viewers through an upbeat and fun day in Cyndi’s life, it’s exactly what fans are loving. When Lauper burst onto the pop scene, many fans loved her quirky fashion and vocal quirks, and they immediately fell in love with her energy.

Related: 10 Inspirational Music Videos From The 80s By Female Artists Who Were Ahead Of Their Time

A song that was originally written to be a more dreary idea, Cyndi happily put her own spin on the girl power anthem, and 80s fans will never forget the first time they got it. heard the classic.

The pop star is no stranger to controversy, with songs like “Like A Prayer” airing on MTV depicting burning crosses and different versions of Jesus. However, when “Like A Virgin” was released, Madonna officially shook the world by referencing sex in a much more conservative era.

Madonna quickly became an even better known pop star, her songs even seeping into TV and movies. Despite people’s feelings about her provocative nature, there’s no doubt that she was an ’80s trailblazer.

Still one of the most captivating music videos to date, this pioneering video paved the way for original music videos when it comes to unique design concepts. The almost trippy style of computer animation is what immediately grabbed fans, and it allowed future videos to marry new technology with pre-existing lyrical meaning.

Although the sucked-in 3D animation looks quite dated today, the whole concept has inspired many artists and bands to come, and some can argue that this video set the tone for the creative music video era.

This unique animated video is sure to be one that 80s fans will never forget. This pop anthem achieved a comic book-style story with pencil sketch animations using the rotoscoping technique, which was new and exciting for its time.

The video has over a billion views on YouTube alone, so the overall success of the video should speak volumes, as there still aren’t many music videos like this today.

Perhaps one of the biggest genre crossovers of the ’80s, Aerosmith agreed to remix their hit “Walk This Way” with hip-hop group Run DMC. Although the song was mostly a hit in the mid-70s, it was a good move for Aerosmith to get back on the scene and show their acceptance of the ever-changing music scene.

Although rock music is generally very different from hip-hop, the two bands apparently blended well, and the music video was also a lot of fun to watch. In the video, the two groups pretended to be disturbed by each other’s noise, then finally reunited after breaking down the literal and metaphorical walls that separated them.

This legendary music video definitely set the trends, as the most played video in MTV history. The captivating stop motion style of storytelling brings a whole new conversation to the table in terms of capabilities in the art world.

The music video’s director, Stephen R. Johnson, actually went on to produce other stop motion works, including the animated film, Wallace and Gromit. The music video was further proof that a song is what you make it, and the visuals might even get people talking if executed well enough.

An entertainment content writer for ScreenRant, who knows a little too much about cheesy things. Whether it’s behind-the-scenes facts about music, movies, TV shows or comics, Kallie is ready to talk about it whether you like it or not!