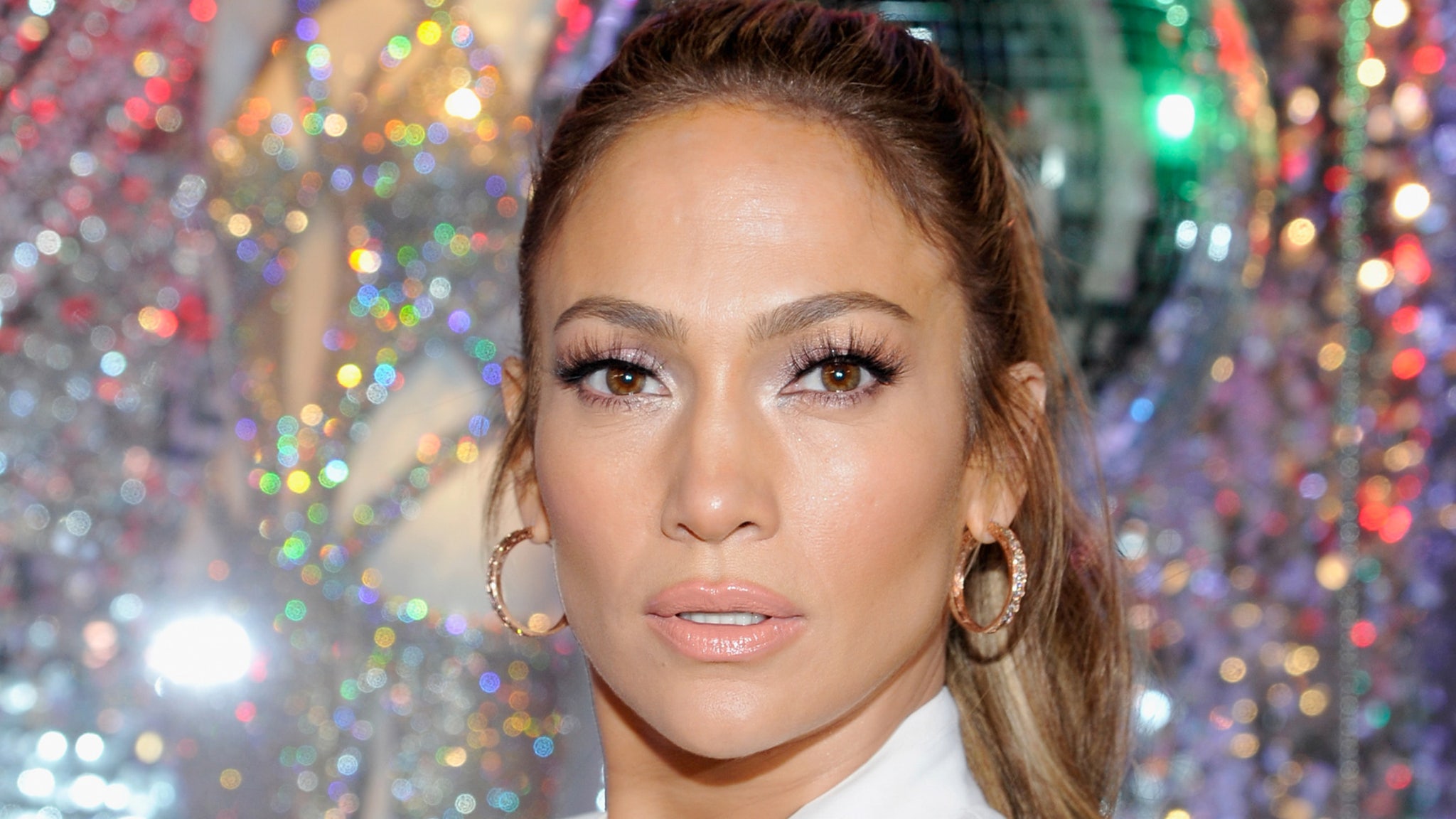 13 celebrities who got their start in music videos

“I was so embarrassed but I think that’s why I got it!”

Every celebrity makes their debut somewhere and for a lucky few, it’s on the set of a music video! While some musicians recruit one of their famous friends to make an appearance, others are willing to cast a relatively unknown actor to star in the video that features their latest single. And looking back on some of those appearances, you’d be surprised how many music video stars have become household names!

In 1993, Jennifer Lopez appeared in Janet Jackson’s music video for “That’s the Way Love Goes.” At the time, Jennifer had only worked as a backup dancer and had guest appearances on “In Living Color.” Janet later claimed that Jennifer was supposed to continue touring with her, but the rising star dropped out in order to pursue her own career.

“She was supposed to do the whole Janet tour, but she only did the ‘That’s the Way Love Goes’ video. Then she called and she said she wanted out, because she wanted to do her own stuff,” Janet told Vibe magazine.

Before “Keeping Up With The Kardashians” made its television debut, Kim Kardashian made an appearance in the Fall Out Boy music video for “Thnks fr th Mmrs.” At the time, Kim was best known for her celebrity friends and was certainly not well-known. She says she took the job because she was a fan of the group, but says things got a little scary on set when they were working with the monkeys who featured in the video.

“It was so fun working with them…I think the clips all show the same thing. They kind of want a hot girl and cool cars. This one was totally different…I remember my first scene, I had to sit there and watch the boys play and I had all the monkeys sitting next to me. It was so scary because the coach was like, ‘Don’t call them by name. Don’t look them in the eye,” it freaked you out — like, “Don’t move,” Kim told The News Times.

Channing Tatum’s first role was in Ricky Martin’s music video for “She Bangs” in 2000. The 18-year-old served as a backup dancer in the video, which was filmed in the Bahamas. Looking back on the experience, Channing says it was a lot of fun and he really enjoyed hanging out with the other dancers.

“I was one of three guys in the video and about 200 women who were prettier than anyone I’d ever seen at the time…We partied a little…we had fun,” said Channing on “The Late Late Show With James Corden.”

When Christina Hendricks was a freshly 23-year-old actress, she landed a starring role in Everclear’s music video for “One Hit Wonder.” She only had one acting credit to her name when she took on the role of Loopy, an eager contestant on a game show. At the time, it was the biggest production the band had ever made.

“It was wonderful because I finally had a budget and it’s what I’ve been dreaming about for years. I was following a hit record. I knew the radio was going to pay attention to it, people were going to write about it. There was pressure on,” singer Art Alexakis said.

Zooey Deschanel was still a teenager when she landed the lead role in The Offspring’s music video for “She’s Got Issues.” Although she was not credited for her role, she was quite the leading lady as she was plagued by cartoon monsters in the music video.

Before starring in “Friends,” Matt LeBlanc actually landed quite a few music video roles, starting with Jon Bon Jovi’s “Miracle” music video in 1990. The following year, he was cast in the music video. musical “Walk Away” by Alanis Morissette and was later featured in the Tom Petty and the Heartbreakers video for “Into the Great Wide Open”.

Early in Adam Scott’s career, he was told that he had been chosen by Tia Carrere to appear in one of her music videos. It was one of his first big acting opportunities, so he accepted the role, only to find that it really wasn’t what he thought it was.

“It was my first big acting job…I got there and it was supposed to be a cafe and I’m at a table with a model. I brought my own beret because it was coffee and I was super serious about it. It wasn’t until a few hours later that I realized, ‘I think I’m an extra in this!'” Adam said on “The Late Late Show With James Corden”.

Naomi Campbell has starred in many music videos – and it all started when she was just seven years old. In 1978, a young Naomi was featured in Bob Marley’s music video for “Is This Love” after being connected to the casting agent through his arts academy.

“Of all the videos, Bob Marley’s ‘Is This Love’ was the most exciting. Our family loved reggae. I had no idea Bob Marley would be standing right next to me, tucking me under a blanket. It was the nicer looking man, good-boned; gentle too, and soft-spoken, with a strong Jamaican accent, the kind I already knew from back home,” Naomi said as she recalled her experience.

Matthew McConaughey may have starred in Trisha Yearwood’s music video for “Walkaway Joe,” but he’s never even met the country star! The actor says he was a student at the University of Texas trying to land odd jobs on camera when he was cast in the video.

“‘Walkaway Joe’ was my first time on camera. And I still don’t believe I’ve met Trisha in person,” he said on “The Kelly Clarkson Show.”

Angelina Jolie was in many music videos as a teenager, starting with Antonello Venditti’s music video for “Alta Marea” when she was just 15. She went on to appear in Lenny Kravitz’s music video for “Stand by My Woman” as well as videos for Widespread Panique and The Lemonheads. She even starred in two different Meat Loaf music videos!

RuPaul’s very first acting credit was in the B-52’s music video for “Love Shack.” At the time, he worked as a drag queen in Atlanta and met the group during a trip to New York. During filming, RuPaul says he played a big role in kicking off the Soul Train line of the video.

“The big story – and the B’s always remind me of this – is that they wanted to do a Soul Train line. They couldn’t. It wasn’t going well. So I had to step in and say, ‘OK , look. That’s how you do a Soul Train line. It’s like two wheels crushing pasta; it’s like a pasta machine. Both wheels have to turn. So when the two people go down the middle, the line is actually rotating, so it replenishes the two news from the people who are in the middle. They were very impressed that I was able to do that,” he told Billboard.

In 1993, Alicia Silverstone starred in Aerosmith’s music videos for ‘Cryin’, ‘Amazing’ and ‘Crazy’, several years before her breakthrough role in ‘Clueless’. At the time, she was widely recognized for her role in the videos – but she really wanted to be known for her acting. Although it bothered her at the time, she says now she thinks it’s hilarious.

Courteney Cox was just a teenager when she was cast in Bruce Springsteen’s “Dancing in the Dark” music video. During the audition, she had faced professional dancers and actually thought she was in the wrong place when she arrived.

“I thought I was in the wrong place. I was like, I don’t know what they’re doing, but I can’t even bend my leg…I was so embarrassed but I think that’s why I got it…I think that’s what they wanted, a fan who just couldn’t believe it,” Courteney said on “The Howard Stern Show.”

2022-03-27
Previous Post: Mahender Verma – The young YouTuber and music artist from India who inspires many with his multi-faceted personality.
Next Post: Music artist “Jezy” is as creative as it gets…