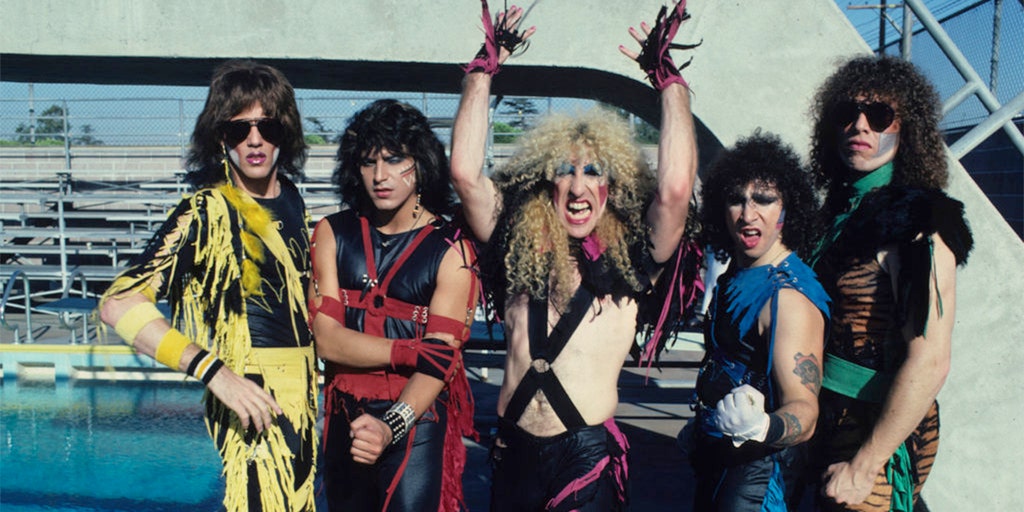 15 Greatest Music Videos of All Time

Many people called me an “old soul”. I guess it’s because the idea of ​​living in the 1980s is pure heaven for me, mainly because of the music. The 80s featured some of the greatest musical artists to ever grace our humble planet and they weren’t afraid to strut their stuff on MTV. Yes, they were actually streaming music videos. But I love living in 2022 because I have access to these videos anytime.

It was incredibly difficult, but I took about 60 of my all-time favorite music videos and whittled them down to my top 15. Please note that they are in no particular order and are not not ranked from “best” to “worst” or anything else. They are just there to be valued and loved.

If, like me, you find the modeling clay and puppets of “Pee-wee’s Playhouse” both beautiful and deliciously terrifying, this one’s for you. It’s incredibly weird, but that’s what makes it so cool. Plus, the song is a total jam.

These guys have made some of the best videos, but this one is especially great. They match weird and specific moves to the beat of the song and change the visual tone of the video when there’s a change in pitch, while making you laugh a few times at their antics.

Yes, a video from the 90s. But it goes back to the 70s and 80s to a show that took place in the 50s. In this video we see old footage from the classic TV sitcom “Happy Days” and the cuts with new Weezer footage to make it look like they’re playing for Richie and the gang at Arnold’s. It’s completely awesome from start to finish, but there’s nothing quite like the moment Fonzie struts around looking totally fly, as always, and starts doing the Kazatsky perfectly in time.

I’m not a particular fan of the Rolling Stones, and I have nothing against them, but when Jagger teams up with Bowie for the ultimate dance-bromance duo of the century (apart, of course, from the “My Little Buttercup” scene ” with Steve Martin and Martin Short in “Three Amigos”), I can make an exception. If I’m being honest, which I am, this one looks like it was shot on a drunken whim on a random night when Bowie and Jagger were hanging out together. Their dance moves and facial expressions make so much sense, and their funky outfits don’t look tailored. They look like they’re having the time of their lives and that’s what makes it so special.

This song rocks, just like the music video. It takes place in a high school classroom with ladies in family negligees dancing in perfect sync with the band members. The lead singer wears a cool black and red ensemble, but I swear I saw PJ Soles wearing the exact outfit in “Rock ‘n’ Roll High School.” Not that I’m complaining or picking on them, it’s a neat look.

What I love about this video is the stark contrast between the music and the visuals. The song is a club-worthy synth-jam, and the video takes place in a kind of weird fantasy setting. It doesn’t look like it would work, but it does.

A 60s jam, huh? This one may never have made it to MTV, but that’s because we didn’t need MTV when we had “The Monkees” TV show. Each episode, at least from what I saw, featured at least one music video, and often two. This one is my favorite because it really captures the playful, silly attitude of the band.

We all love this song and we love the movie even more, but have you seen the official music video? It’s getting cooler every second, with guest stars such as John Candy and Chevy Chase, and maybe a little dancing from the ‘busters’ themselves.

These guys were kind of a two-hit wonder with this song and “We’re Not Gonna Take It”. The videos are very similar, but I think I prefer this one. He exaggerates the “school is for losers” stereotype of teenagers, as well as the absolute meanness of the teacher. It’s completely unrealistic and hilarious, and even today’s teenagers and high school graduates might just laugh at the life-based absurdity of some students at school.

I like this guy. I love this song. I like this video. While every music video of Ant and his band is totally excellent, this one has something for everyone: a fabulous dance, a pretty woman in a cool outfit, weirdly cute mouse costumes, the beauty and the Ant cheese.

This is the video that made me fall for 80s music videos. It has a loosely defined “story” about a nerdy kid who is afraid to go back to school. Her classmates wonder what their new teacher will look like, and since it’s a Van Halen video, it’s a beautiful woman in a skimpy bikini and pageant-style belt. It’s absolutely ridiculous and so funny with its ironic humor that makes fun of bands like them.

While these guys are on their own, I discovered this video for a very special reason. Penn & Teller are in. Find? “Cunning?” Do you like magic tricks? That was when their popularity really started to rise, and it’s lovely to see them do the dance of the guys from DMC. This video also has a story, but it’s much easier to follow than “Hot for Teacher”. Be sure to pay attention to when the tides turn for Run DMC and their magical opponents and try not to get distracted by how insufferably cute Teller looks in that hat.

It’s extremely hard not to like Weird Al. In fact, I don’t know anyone who doesn’t. He was a major part of the MTV music video craze in the 80s, but this video is from the 2010s. Weird Al himself, unfortunately, doesn’t appear in this video as he usually does, but he is offset by the wonderfully compelling animated graphics. Not only are the lyrics brilliant, a parody of Robin Thicke’s “Blurred Lines,” but the visuals make it impossible to look away. They complement the words and their crimes perfectly and in the funniest way possible.

Have you ever heard of these guys? I hadn’t until I learned that Teller had directed this clip. (Am I getting predictable?) He and Penn Jillette also make a few cameos, dressed as cops and rockers. This song is so catchy and danceable, I don’t know why I haven’t watched more TMJ work. The song and video have a pure “party” energy that even makes me want to dance in a crowd.

Obviously, this band is NSFW, as their debut album is called “NSFW,” but I promise you it’s all in the name of over-the-top comedy and goofiness. They are absolute lovers who look up to Weird Al and, from Danny Avidan, sing as angelically as Queen’s Freddie Mercury. If you watch this video, these two points will become very apparent. You won’t even have to search for the Queen’s Tribute as it automatically grabs your attention right away. This video is hilarious, mind-blowing, and relatable to my fellow nerds who are ridiculously terrible at dating. Avidan is my all-time favorite singer and performer (and human) with a literally glistening presence in his shiny ’80s-inspired jumpsuits and flawless curls. This all might sound a little crazy, and that’s because it is, but in the best possible way.

For questions/comments on this story, email [email protected] or tweet @TheWhitOnline.

2022-02-02
Previous Post: The main reasons why you can benefit from debt consolidation
Next Post: 5 Best Loan Matching Services of 2022