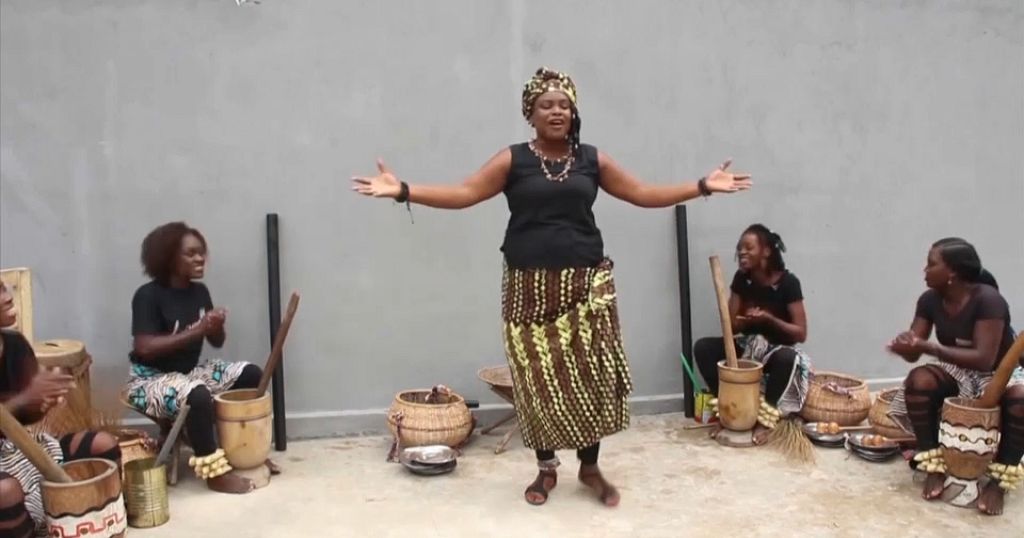 The sound of rich African rhythms rises from traditional musical instruments. Merged with cultural applause and stomping – with percussion from pots, pans and other kitchen utensils?

This unique sound belongs to the Orchester des Mamans du Congo – an all-female quintet from Brazzaville in the Republic of Congo. The group was formed two years ago by singer Gladys Samba – known as Mom Glad, in order to empower and educate women in the region while honoring cultural tradition within the framework of equality. of the sexes.

The new African woman of today

Gladys Samba, shares her vision to found the group, â€œAn African mother, especially a Congolese mother, is always obliged to work every morning: doing the dishes, washing clothes, washing everything. To forget this suffering, we are used to singing, when we work, we sing church songs and on this basis I had the idea to create a show that will reflect the image of the African woman, the Congolese woman. That’s why you see that there are the kitchen utensils.

In addition to the uplifting and positive messages contained in their music, Les Mamans du Congo have also created an association called Les Femmes au Foyer, a safe space where young mothers can learn from volunteers about finance, health care, family planning. – among others. in order to see them towards financial and genuine independence. A positive gesture for everyone in the community.

Contesting and transforming the elements of patriarchy towards the emancipation of all women in Congolese society is one of the main missions of the group. But not everyone is in tune with the message.

The uplifting songs fused with rap and traditional tunes in the Lari language not only succeeded in highlighting the history of the local ethnic group, but also made it easier for the women of the region to receive the empowering messages contained in song lyrics.

Faustin Keoua Leturmy, director of Mamans du Congo, remembers some of the problems that the members of the group faced within the community: â€œIn our adventure (with the group), we had several complications with some women who had received threats at home after performing in a show. These women did not come back because their husbands told them to choose between music and home.

The group has enjoyed huge success outside the Congo as well – with African and European tours that have only slowed down in light of the Covid-19 pandemic. Nonetheless, Les Mamans du Congo continues to hone their craft while giving back to the community through the channel – not just music, but the distribution of food and supplies.

The all-female group is set to release their first single at the end of November and the ladies are also eager to resume touring after the pandemic.