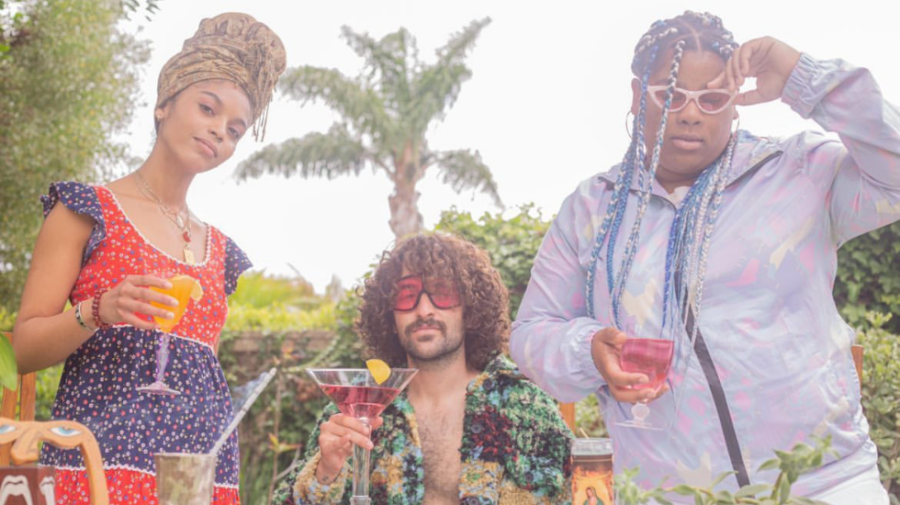 This story was featured in the Fall 2021 edition of CityScene Magazine.

The San Diego music scene has always been much like the ugly stepsister to the thriving and imposing presence of Los Angeles.

LA has undeniable gravity. For years it has drawn promising groups from our beautiful city and drawn them to the City of Angels like the Death Star tractor beam.

You really can’t blame the bands either. San Diego simply does not have the infrastructure or the audience to support operating groups. LA does.

That being said, there are countless amazing musicians and bands among us, whether or not they have the kind of breathless press hailing them as “the next big thing” that many bands in LA can embrace. wait.

In an effort to shed light on San Diego’s music offerings, we at City Times Media set out to create a monthly playlist that showcases local musicians. So welcome to our first installment!

Please contact us and let us know what you think. And if you’re a local musician interested in being featured, email us at [emailÂ protected].

10-19 & The Number Men are a little weird. An experimental hip-hop group that has been releasing psychedelic jams since 2015, their latest album “Spokes” (released on an excellent local boutique label It’s Okay I’m Crying) is a masterclass in the genre.

While there are many hip-hop groups that can primarily serve as a vehicle for the MC, this is a real group. Their cohesion and musicality make â€œSpokesâ€ an incredibly immersive listening experience. “Lunch Break” is a haze of reverberation, booming bass and punchy drums, with J. Smith’s almost pronounced choruses suspended above the composition like a ghostly confessional.

It ends with a series of otherworldly synth arpeggios that rise and fall in the middle of a jagged drum line, before sinking into silence.

San Diego disco-punk mainstay Glass Spells has been producing dancing synthwave for almost 7 years, but their latest album “Shattered” finds the band at the top of their game.

On this release, composer Anthony Ramirez takes a look at the new wave influences of the 80s that have always been present in his compositions. Tania Costello provides the ethereal, siren vocal presence that was lacking in previous versions of Glass Spells, and Ramirez’s handwriting creates the perfect vehicle to showcase her.

The title track, â€œShatteredâ€ is a cathartically dreamy, leather-clad pop song framed by a catchy synth bassline and silky pads. The perfect soundtrack for a nighttime stroll.

“Favorite Color Gold” looks like a mix between Brian Jonestown Massacre and “Been Caught Stealing” from Jane’s Addiction. It mixes bouncy basslines with crisp guitar parts, lively drums, and dreamy synth pads to create a fairly timeless sound, evoking the reckless abandon of a well-lived youth.

This track feels like it could easily come from an obscure vintage find from Vinyl Junkies – the kind of underrated gem that makes a room full of music â€œaficionadosâ€ wearing hot, deranged Doc Martens. Its sun-drenched sonic optimism almost convinces me that there is still something in this world to look forward to. Almost.

Catch Jinx! to November 21 at the Til Two Club.

The perpetual motion machine known as Jordan Krimston is back with a new batch of tracks, its second released this year. “All Commodities” (on which he wrote all the parts and performed almost all of them) is a tight, angular ensemble of indie rock that straddles the line between the epic, upbeat alternative rock of Muse of “Scams” and the more “Safe With” You â€introspective and ready for the radio.

â€œQuiet Conversations,â€ which carries a bit of Strokes-y swagger, clearly stands out, mixing Krimston’s talent for complex compositions with catchy choruses and breathless drum lines. Dense, fuzzy and freneticâ€¦ What’s not to like?

Los Shadows of National City have made a name for themselves as one of San Diego’s best dream pop surf groups. Entirely recorded by the band and released on their micro-label, Milhaus, Los Shadows’ â€œCoahuilaâ€ opens with their signature bass and strummy chorus guitar, before immediately veering into a soothing, upbeat cumbia track.

At first it might seem like a big deviation from what we’re used to from the band, but if you listen carefully, all of their dream and synth elements are there, they’re just presented in a new way. Regardless, I’m not complaining.

Matt Lamkin, former frontman of San Diego garage-punk darlings The Soft Pack, released a new solo album in September. It is a wild and offbeat demonstration of his constantly evolving musical sensibilities. Sometimes contagious, and sometimes confusing, it’s a veritable â€œpandemic album,â€ channeling much of the insane anxiety that defined the first months of the lockdown.

â€œMad Dog 4 Uâ€ is an incredibly fun and catchy pop song with a dark underbelly. The sunny instrumentation obscures the lyrics dealing with alcoholism and obsessive behavior. Lamkin thrives when working with these kinds of juxtapositions, and â€œMad Dog 4 U,â€ which I’ve been rehearsing all week, is a perfect example.

Christopher Oxendine, who performs under the stage name O / X, creates the kind of heavy, ominous, black dark wave that you would expect to explode in a vampire nightclub, or during an edit sequence. of film where the protagonist first tries (fill in the blank) medication. And I think it is in a good way.

“Scorch”, from his latest EP “Falling Into”, which dropped on local label Dream Recordings on November 5th, is a fascinating and thrilling display of industrial synth. Like the soundtrack to “Drive” if the music hit your head too. The perfect dystopian soundtrack for our increasingly dystopian present.

Watch O / X alongside other synth enthusiasts like John Maus and Choir Boy at Substance Party in Los Angeles November 28.

Shindigs – “After It All” with Ancient Pools

Shindigs have long been one of my favorite San Diego bands and their latest release, the 4-song EP “How’s It Goin”, finds singer / songwriter Beejay Buduan drifting further into his breathtaking synth dreamland, chorus guitars and drum pads.

The Shindigs write the kind of lo-fi pop jangle that makes spending a lazy Sunday at home feel like meditative and watching a sunset over a big can and a spliff (Let go of me, that’s legal!) â€œAfter It Allâ€ splits the difference between synth chamber pop and an anime outro theme, retaining all of the unironic and intimate twee of the two. Anna Jeter of the excellent Olympia, the Washington Ancient Pools synth-pop group lends their whispered falsetto to the track, elevating what was already easily one of Shindigs’ catchiest choruses. Soaked in layers of reverb, chorus and boredom, it’s happy-survey music for sad people.

Tulengua is a purely local group. With members on both sides of the border, their sound weaves influences from Southern California and Mexico.

Their most recent track, â€œUnity Cocktail,â€ is a sweeter-than-honey demonstration of their hip-hop prowess. A track that sings just as loud, whether you speed up Interstate 5 or Carretera Federal 1D, “Unity Cocktail” has all the chorus guitars, warm ethereal synths and infectious hooks a person could dream of.

Whether or not you understand all the lyrics (many are in Spanish), this cocktail is going well.