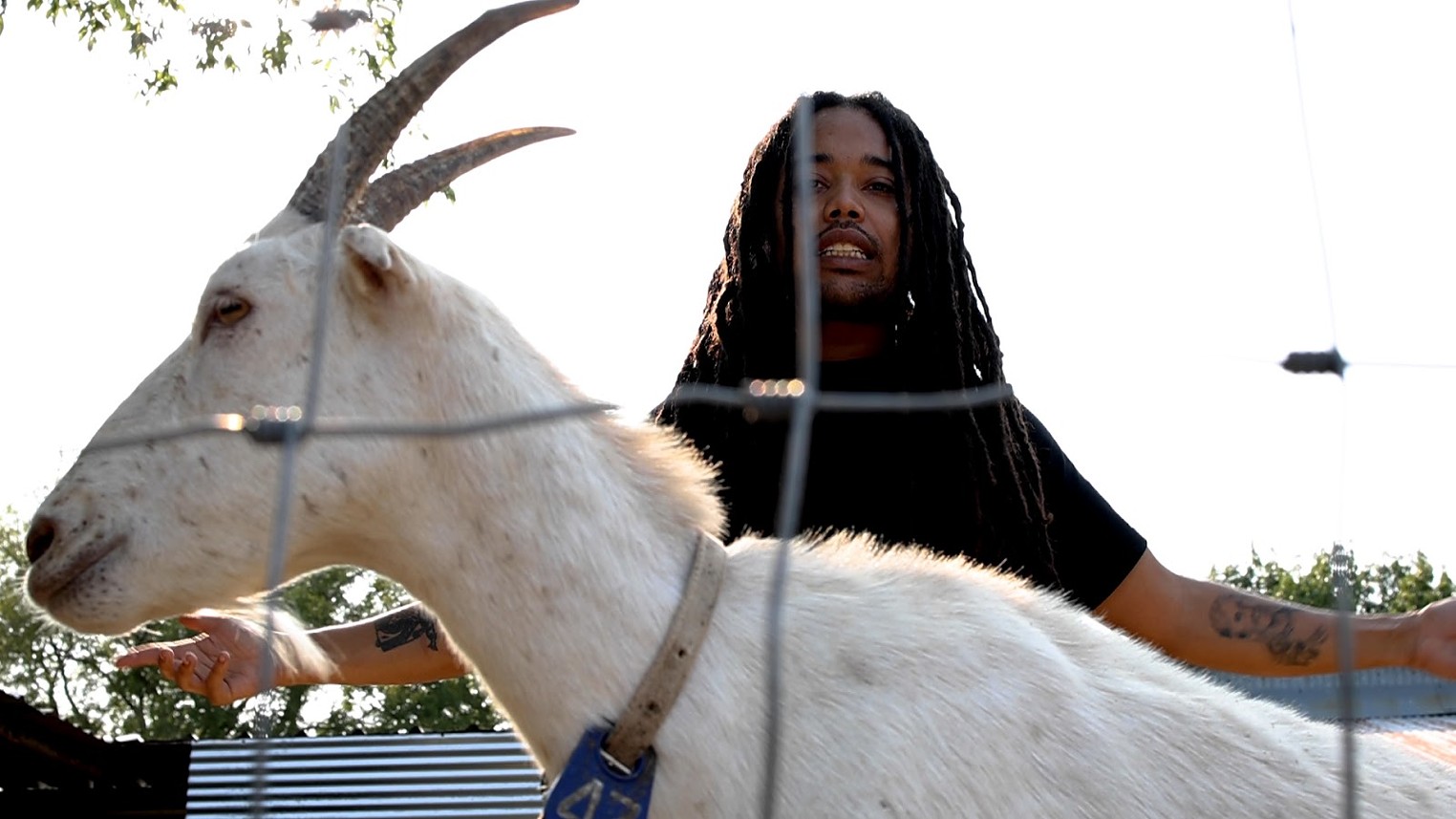 2021 has been a year of many new things for all of us, from new adventures to new Netflix shows to new COVID variants. Dallas artists have used their year after the COVID hibernation of 2020 to start making art again. It may have been the collective ‘leg stretch’, but breaking out of lockdown made last year’s music videos generally vibrant and colorful – featuring goats, talking dollars, conspiracies, micheladas and teary-eyed men singing “Bitch fuck you” and everything. . North Texas definitely popped up in the visuals department. Here are some of our favorite local Dallas music videos released over the past year.

Children of Indigo, “GOAT”
Directed by Andrew Sherman Dallas hip-hop group Chilldren of Indigo’s new video proclaims that “Ain’t no rapping the GOAT” (greatest of all time) while surrounded by goats. If the animal sounds-ish nature of the video gets too much, fear not, as there’s a hot tub scene at the end with the band’s drummer, Mark Phillips, doing his best Riff Raff impression.

Pearl Earl, “The Dimension Isn’t Right”
Directed by Kid K To name just a few of the images featured in Pearl Earl’s latest video: a shimmering silver cowboy, a woman rubbing grapes on her face, and some sort of embryonic disco ball. Video takes you into a world you’ve never seen before and keeps you there. In the credits, the band attributes this “world-building” to The Rotsnaze Collective, an arts collective from Denton, Pearl Earl’s hometown.

Remedy for paranoia, “DOLLA DOLLA BILL Y’ALL”
Directed by Isaac “IZK” Davies and Trenton Ryan Landscapes and cartoon scenes play out throughout this video from Dallas hip-hop collective Cure for Paranoia with all the visuals made from a dollar bill. This ingenuity that must be seen to be believed was born from the minds of Dallas artist/muralist Isaac “IZK” Davies and director/photographer Trenton Ryan, who produced the art and stop-motion, respectively.

Quentin Moore, “BFU”
Directed by Quentin Moore
Dallas soul impresario Quentin Moore’s “BFU” begins under the guise of being your everyday soul song on a breakup with a soaring string arrangement, but when the chorus hits, everything changes. The lyrics speak for themselves: “There’s so much I could say / So much I could do / But I’ll keep it simple / And I’ll just say… Bitch, fuck you.”

Kyoto Lo-Fi, “All is forever”
Directed by Daniel Begue Ponce Kyoto Lo-Fi’s mix of psychedelic rock, post-indie and pop is as surreal as it is energetic. Filmed in Barcelona, ​​the footage in the video can be unsettling, but it’s shot and planned so well that it’s nearly impossible to look away, and a nearly four-minute video feels forever.

23CUPS, RJayDTX & DagoBeats, “Michelada”
Directed The Girl V & 23CUPS
As the host and event organizer of artist collective Vibes Texas, in addition to being a prodigious content creator, it’s almost surprising that 23CUPS found the time to reunite with vocalist RJayDTX and producer DagoBeats to make this video for their song “Michelada”. (Or to break…anything, as they claim to do in the lyrics of the song.)

Ottoman Turks, “Conspiracy Freak”
Directed by Nathan “Mongol” Wells and Joshua Ray Walker Early last year, the Ottoman Turks told us that after the Capitol Riots on January 6, they “struggled with the idea of ​​releasing ‘Conspiracy Freak’ as a single after the events of last week, and after talking to each other and trusted friends we have decided not to post it [yet].” The song is out now, and it’s incredible.

The Sounds of the Room, “Big Shot”
Directed by Will von Bolton The Roomsounds made a name for themselves in Dallas as a long-haired, denim-clad rock ‘n’ roll band that looks like it stepped out of Tom Petty’s time machine. Their music video for “Big Shot” from their latest album Good company there’s no deviation from that norm, and it’s so Deep Ellum.

Billy Law, “Slowly”
Directed by Dylan Huddleston
“Slowly” is a folky, thoughtful track from Billy Law, whose band Ottoman Turks also feature on this list. While Turks are usually high on the edge of frenzy, Billy Law’s solo work is more contemplative. (It’s not that he still can’t put out a barn burner or two whenever he wants.) The video is a sentimental, beautifully put together montage of home movies chronicling his life, his wife, and their love.