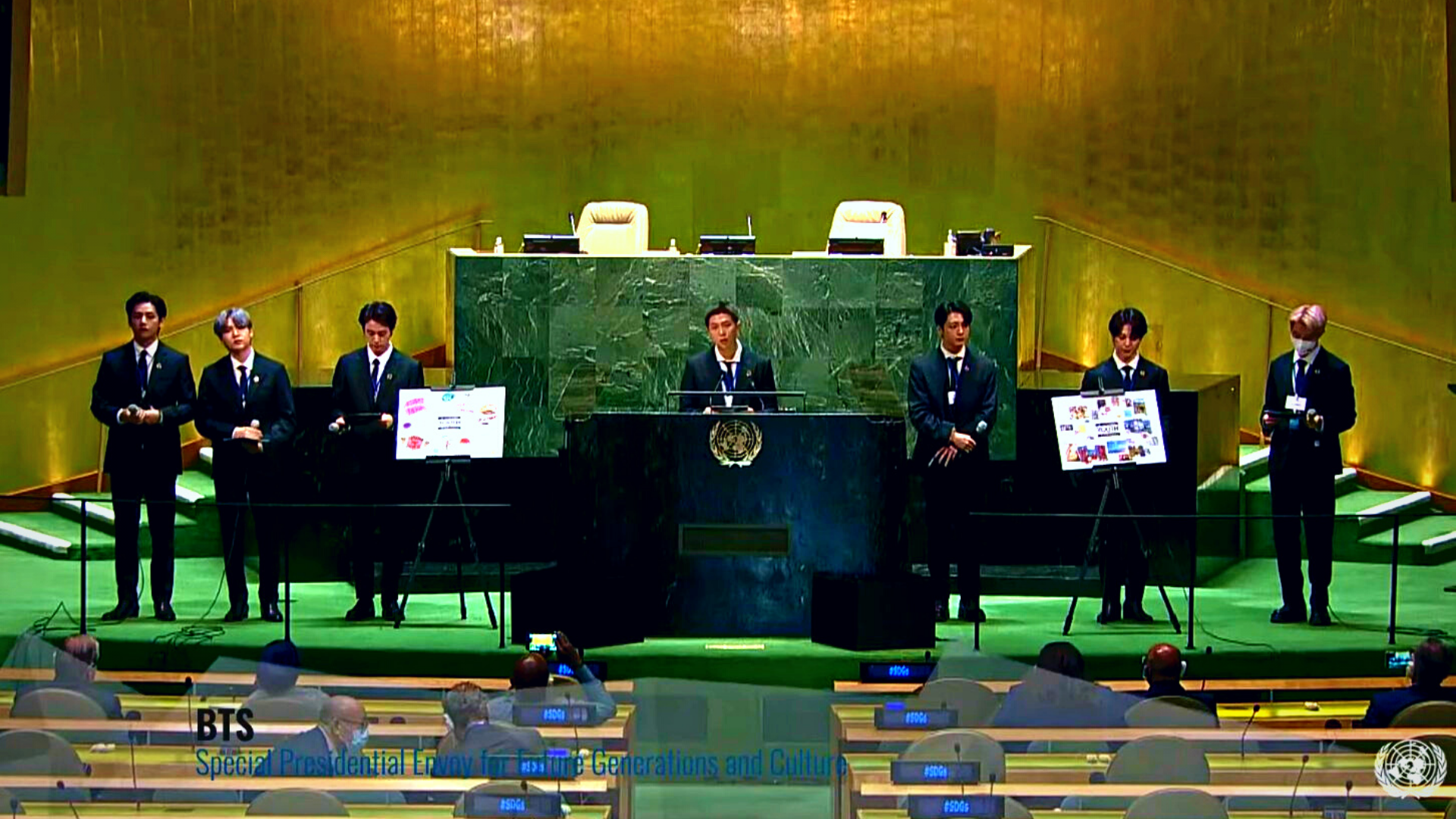 By: Rachel A. Hairston
In: Music band
Tagged: social media
With: 0 Comments

After being appointed the President’s Special Envoy for Future Generations and Culture, famous South Korean boy band BTS delivered a speech at the UN Headquarters in New York, addressing the concerns of the generation whose millions of fans are big fans of the band.

The group of 7 young Korean boys has nearly 40 million followers on Twitter in addition to nearly 50 million fans on Instagram.

BTS spoke at the United Nations this morning at a conference focusing on climate change, poverty, inequality and how the pandemic has affected those priorities.

To close their speech, the group played a video performance of their song “Permission To Dance”. pic.twitter.com/kVmWImGLZd

BTS has been selected by the United Nations to help international efforts to shed light on the various challenges facing future generations and to promote the United Nations Sustainable Development Goals for the 2030 agenda. The UN has prepared several global programs focused on eradicating extreme poverty, preserving the planet and achieving gender equality around the world.

“I hope we can fill each of our days to the brim with positive energy. We thought the world had stopped, but it keeps moving on.”

– @BTS_twt share their thoughts on the role each of us can play in creating a better future for all, at a special event at UN Headquarters. pic.twitter.com/u2mILO0Uju

The seven artists collaborated with the international organization at the 76th meeting of the United Nations General Assembly this week, performing a new song in English called “Permission to Dance” inside the UN headquarters, before deliver speeches on climate change, poverty, inequalities and impact. of the COVID-19 pandemic on these global challenges, and how members of the grassroots group have also felt the consequences of these issues on a personal level.

The song which was shared on social media caught the attention of millions of young people around the world, who is the primary target audience for the UN campaign and the choice of BTS. Fans of the K-Pop group have taken to online platforms to express their admiration for the messages expressed by BTS and to thank them for using their fame for global causes.

2021-09-21
Previous Post: Texas A&M Aggies vs. New Mexico Lobos Music Playlist: Play in the Back of the Room
Next Post: Mandan’s musical artist Brianna Helbling moves up the ranks