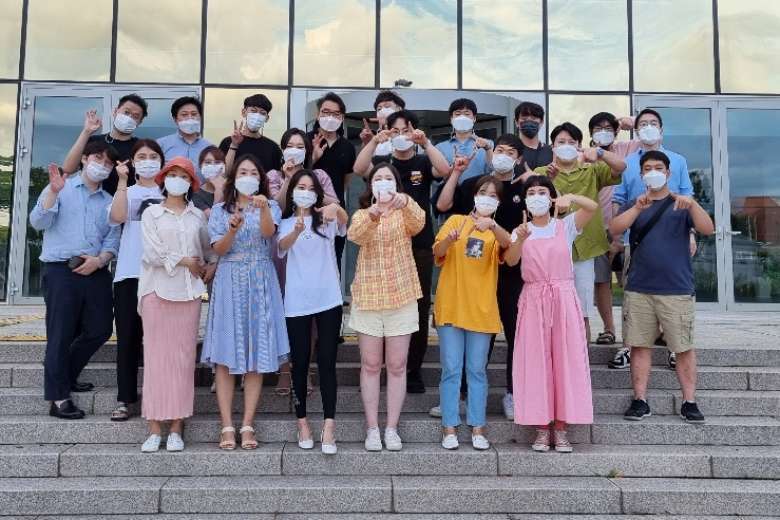 Seventeen is based in Seoul, but performs in various regions whenever invited by Christian groups and parishes, Kim said, adding that “hopefully we can perform in other places as well. ‘other countries, after the pandemic’.

By Rock Ronald Rozario
Michael Kunho Kim and his friends carefully checked all their musical instruments as their band, The Seventeen, prepared for the YouTube live stream of their online concert in early September.

“God loved the world so much that he gave his only son,” the Catholic youth-led band sang in Korean with the accompaniment of guitar, piano, drums and more from a studio in Seoul, the capital of South Korea.

For more than two hours, the group performed a series of songs mostly based on biblical and religious themes during the concert on September 4.

Thousands of people watched the concert, many responding in real time and after the show to express how much they enjoyed the music and lyrics.

“Congratulations and thank you. Your music brought tears to my eyes. You have undertaken a lot of hard work. The sound was also very good. I appreciate you so much, ”commented a viewer.

“I have always encouraged you. All of your songs of praise are drawing closer to the Lord. I can feel the passion of loving the Lord. I want to be like the seventeen brothers and sisters who together sing the praises of the Lord,” said writes another.

The gig was the latest in a string of musical endeavors by The Seventeen since the band formed in 2017.

That year, the church-run Korean Catholic Broadcasting Center held the 17th edition of its annual Catholic music and songwriting competition where 11 teams competed in the final round. Some team members decided to form a single team to pursue Catholic music businesses. To preserve the memory of the 17th contest, the group was named The Seventeen.

On the 17th of each month, this volunteer music group releases new original Catholic music and music videos on YouTube based on lyrics composed by group members. The group’s YouTube channel has approximately 31,900 subscribers.

“Our lyrics are mostly based on the Bible, but sometimes we express our hopes and our feelings as Catholics. Our music is not only on YouTube, but can also be found on Apple Music and Spotify,” Kim said.

Kim, 35, is a software engineer in Seoul and a music enthusiast. He is a composer, lyricist and sound programmer for the band.

Seventeen is based in Seoul, but performs in various regions whenever invited by Christian groups and parishes, Kim said, adding that “hopefully we can perform in other places as well. ‘other countries, after the pandemic’.

The group has 30 members and has no formal process for adding new members. However, it requires the agreement of at least two thirds of the members before a new member can be added. This person must be “enthusiastic about Catholic music”.

From the start, the band has been self-funded with band members contributing to all musical ventures. Its chief producer provided his own studio for recording while also working on the music production process, including arranging, mixing and mastering.

“And we also receive donations from our fans and people. We post our bank account on our YouTube channel and people who like our music and videos send us money. We are so lucky that many people recognize our work and support us,” Kim said.

The group also gained support from the Catholic Church. A dozen priests from different dioceses teach, guide and support the group.

Many churches invite the band to perform, but invitations have dropped during the Covid-19 pandemic. The Korean Catholic Broadcasting Center also invites The Seventeen to perform to promote the group to Korean Catholics.

Kim says the group receives emails every day from Christians with requests for sheet music so they can sing songs in their parishes. There are many songs on YouTube by Christians who have covered their songs.

The group has enjoyed moments of glory in recent years. One song – “When Mother’s Prayer Reaches Heaven” – was performed live by opera singers at the Seoul Arts Center. The performers and most of the spectators were not Catholic. The concert leader later said that he was deeply touched by the song and decided to cover it at the concert.

In 2018, The Seventeen won first place in a Catholic music competition.

Kim says the band’s main goal is to bring glory to God and help people “meet God through music.”

“What really matters is that we get to see people who have met our Lord through our music. They say they started going to church again after listening to our songs. That’s success and that’s our goal. We want to keep ourselves as a tool for the glory of God,” he said.

It is often not easy to lead a group of 30 people who dedicate time to Catholic music in addition to their regular jobs. Sometimes there are conflicts, but these are short-lived and the members believe that the diversity of the team helps them to become better people.

The Seventeen have released two music albums and work on a third is set to begin next month.

The group also plans to put English subtitles on its music videos on the YouTube channel so that Christians around the world can visit the channel and subscribe.

2021-09-30
Previous Post: Are these the most stylish clips of the past year?
Next Post: 6 times the Sanctuary of Fela featured in contemporary music videos | The guardian of culture