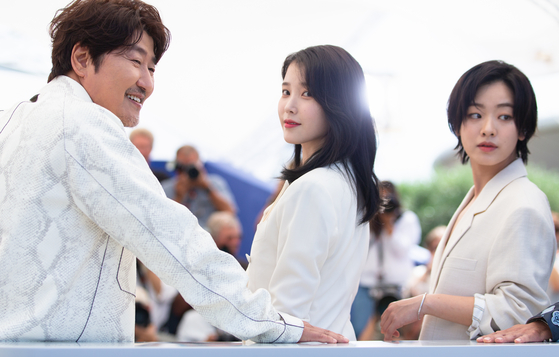 “I didn’t really know IU’s songs, but I was a fan of her as an actor,” actor Song Kang-ho said of fellow actor Lee Ji-eun, also known as the name of singer-songwriter IU.


“Even before ‘My Sir’ [2018, on tvN]I’ve been following her since ‘Lee Soon-shin is the Best’ [2013, on KBS 2TV]. Since then, I have always been amazed at how at the top she could be in both her singing and acting careers. […] As you can see in ‘Broker’, I think she will become a very great actress, an iconic actress in the Korean film industry.” 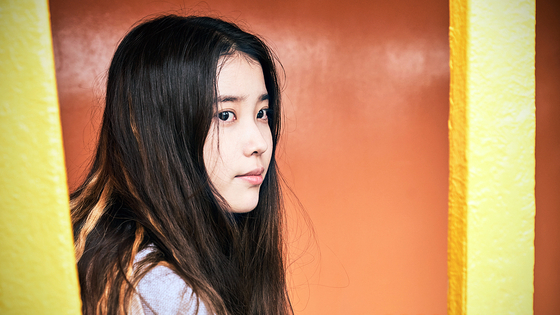 Song and Lee worked together in “Broker,” the Korean-language debut by Japanese director Hirokazu Kore-eda, who was invited to compete for the Palme d’Or at the Cannes International Film Festival this year. 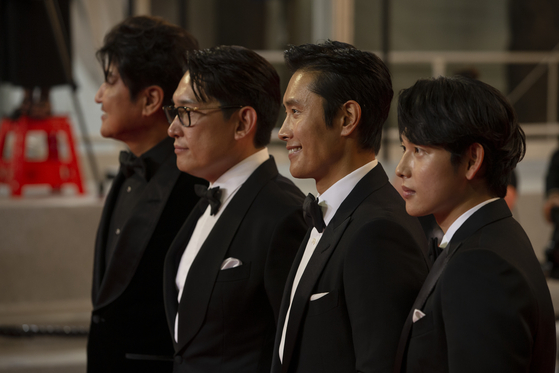 From left, actor Song Kang-ho, director Han Jae-rim and actors Lee Byung-hun and Yim Si-wan pose on the red carpet in Cannes on July 16, 2021, as guests for their film “Declaration of ’emergency”. [NEWS1]

Lee, however, isn’t the first K-pop star-turned-actor to step onto the Cannes red carpet: actor Yim Si-wan stood on the same red carpet last year – with Song, coincidentally – as part of the cast of director Han Jae-rim’s “Declaration of Emergency.” The film’s cast were invited to the prestigious event for the out-of-competition section and stood, all dressed in suits and ties, in front of the cameras alongside already established actors such as Song, Lee Byung-hun and Jeon Do-yeon.

In the Korean entertainment industry, singers transitioning to acting and those juggling between careers have now become the norm. And while that may be a common occurrence now, it wasn’t always the case, even though singers have been emerging from the K-pop industry to make their acting debut for decades.

First- and second-generation K-pop idols such as Eric Mun and Kim Dong-wan of Shinhwa; Yoon Kye-sang of god; Seo Hyun-jin of former girl group M.IL.K; Lim Yoon-A and Lee Soo-young of Girls’ Generation; Lee Jun-ho and Ok Taek-yeon of 2PM; DO of Exo; Lee Hye-ri and Bang Min-ah of Girl’s Day; Bae Suzy of former girl group Miss A; and Apink’s Park Cho-rong and Jeong Eun-ji – to name a few – have all achieved some commercial success on the big screen and small screens for their performances. 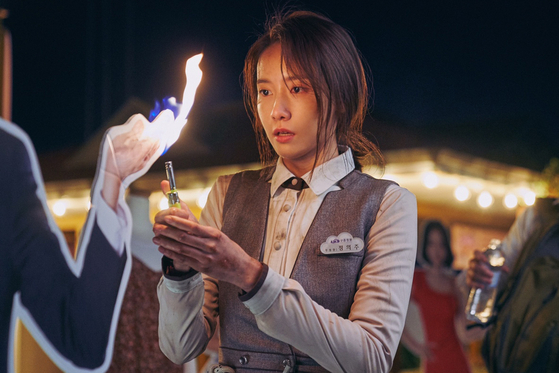 Actor Lim Yoon-A of the 2019 film “Exit,” which surpassed 9 million in ticket sales when it was released at the time [CJ ENM]

The transition from singer to actor is partly due to the K-pop idols’ needs to make ends meet in other ways when they weren’t active as a unit in their respective groups, whether because of the group’s irregular schedules or the “seven-year curse” after which many idol groups tend to break up. This may also be partly due to the unspoken age limit that exists in the industry, where idols are considered older as early as their late twenties.

Based on their popularity and fandom alone, broadcasters and the film industry sometimes relied on these older but still popular singers to gain a better percentage of viewership or attract more ticket sales by wielding star power. ‘idol. Some of these actor-turned-idols have been criticized for their awkward performances, often due to instances in which they were suddenly given a prominent role in a project solely due to their popularity, despite their lack of acting experience and preparation.

Some viewers would also say that the idols appearing on screen become a hindrance when the audience tries to engage with the story, but keep tying the idol to the scene instead of the narrative. 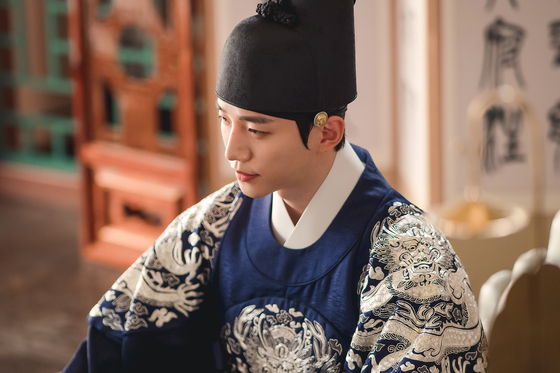 But now that doesn’t seem to be the case anymore.

“Singers turned actors criticized [for their acting] were mostly idols,” said cultural critic Kim Heon-sik. “They hadn’t acted before, but they entered the [acting] industry based on their popularity […] But nowadays there have been changes in the social perception [of K-pop star-turned-actors] because forming a K-pop idol basically includes preparing to act as well. Perhaps the most representative case is that of Lee Jun-ho [from MBC hit series ‘The Red Sleeve’ (2021-22)]. I think it would be more correct to define idols as a multi-artist than just a member of a K-pop idol group.

Due to the oversaturation of current idol groups, now dubbed third and fourth generation K-pop, more and more individual group members are turning to acting as a way to put themselves on the world map. industry, using a wider variety of platforms than in the past – through conventional methods like musicals, movies and TV series, as well as new web drama series and streaming platforms.

Hits representative of the transition include Bona from girl group WJSN and Jaechan from boy group DKZ. Bona, or actor Kim Ji-yeon, was recently recognized for portraying gold medal-winning fencer Ko Yu-rim in tvN’s drama series “Twenty-Five Twenty-One” (2022). Her chemistry with actor Kim Tae-ri, who plays Na Hee-do, a fencing prodigy who idolizes Yu-rim, was a sticking point in the series. The series, which ended in February, was a commercial success and topped Netflix’s global charts. Some viewers were surprised to learn that Kim was a K-pop star, and after the show ended, music videos of Bona performing on stage went viral online. 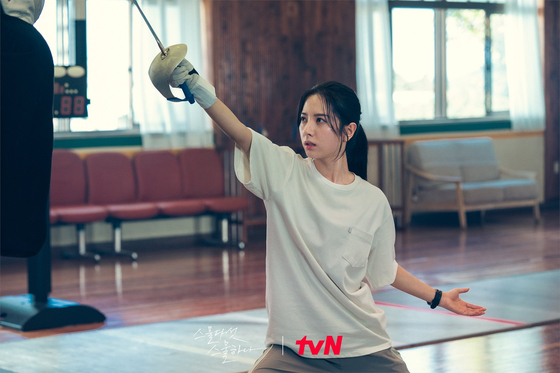 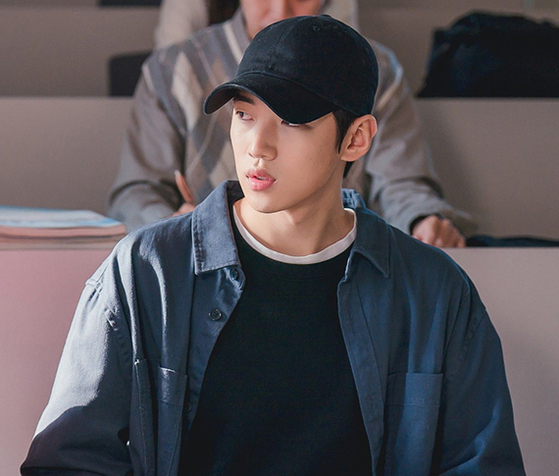 Jaechan starred in the original Watcha series “Semantic Error” (2022), a genre of Boy Love (BL) which are relatively moderate stories about close relationships between men. He portrayed a college student named Chu Sang-woo who strictly follows his own rules and becomes attracted to Jang Jae-young, Chu’s complete opposite. BL is an under-the-radar genre very popular with young women that initially surfaced from webtoons and web novels.

As “Semantic Error” continues to rank high on the platform’s most-watched list since its release in February, Jaechan’s star power has grown with him: he has resumed his idol activities across the single “Cupid” from DKZ in April, and has been receiving endless calls for photoshoots, modeling gigs, and appearances on variety shows and radio programs. Jaechan’s own reality show, “To My Season: Spring, Park Jaechan” (translated), will air on Watcha in late June.

Stars are also taking to global streaming platforms: singers-turned-actors Kim Woo-jin, former member of boy band Stray Kids, and Kim Jin-kwon of boy band Newkidd, have been cast as the lead roles in the upcoming HBO Max original series “Além do Guarda-Roupa”. They are the first Koreans to star in the platform’s original series.

It’s “hard to tell the distinction” between singers and actors these days, according to an insider at an entertainment agency who wished to remain anonymous.

“It’s on a case-by-case basis, depending on what talent each member has,” the insider explained. “Some take acting lessons before they even debut in a group, while others only start taking lessons after they have been offered a project. Some are chosen through the traditional method of auditioning.

“What is evident now is that there is no more negativity regarding K-pop idols turning to acting. [The public] no longer makes this distinction between singers and actors. 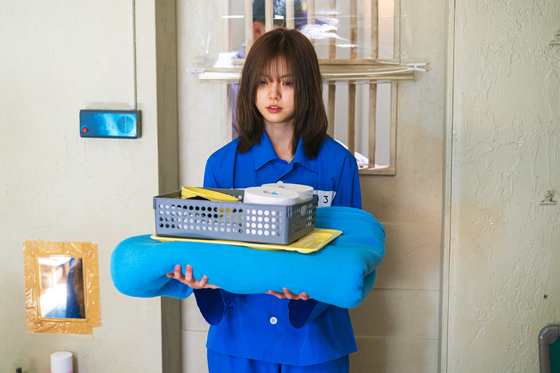 “From a business perspective, it’s more expensive to select and train specific idols,” Kim said. “In this era of global streaming platforms dominating the content industry and rising K-pop stars globally, no agency would train its interns as mere K-pop idols: they are required to choose those who are multi-artists and those who have ambitious track records that can survive in the fierce industry competition.Opportunities are offered to those who possess the versatility, and the possibility that they succeed has also increased more than in any other period – so it’s highly likely that K-pop trainees will enter the industry as multi-players.