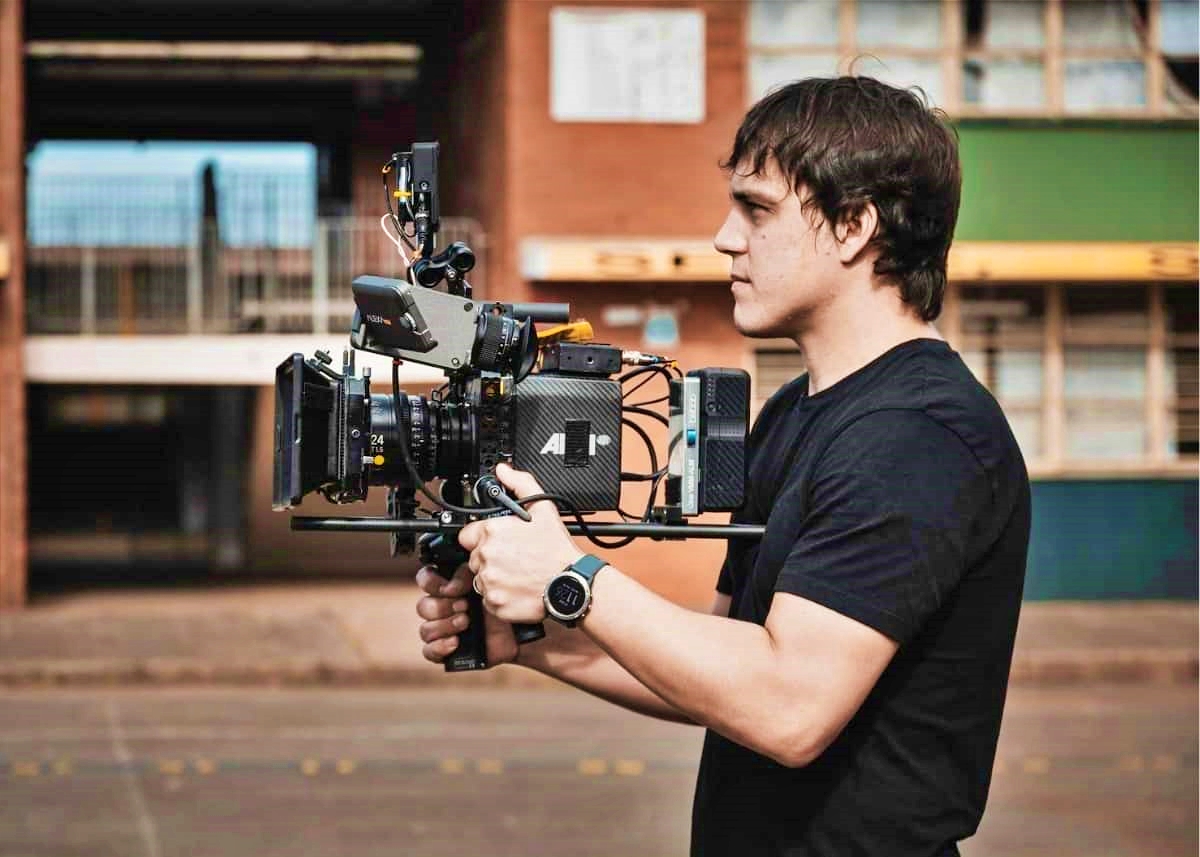 Despite his idiosyncratic productions characterized by encapsulating visual narratives and varying color spectra, White says his work is stylistically unintentional. The self-taught videographer’s repertoire continues to make waves around the world, having worked with top local artists including Nasty C, Tellaman, Shekhinah, Kwesta and Master KG. White was recently called upon to provide the visuals for the worldwide hit “Shine Your Light” by Master KG, Akon and David Guetta, marking the biggest milestone in his career as a video director.

Music videos were a much needed helping hand for musicians during the COVID-19 pandemic, just as they did in the 1960s and 1970s when they began to replace the need for bands. to travel from city to city to perform shows. to promote their new music. Videos fill the promotion gap with few live performances, shifting the emphasis from performance-based repertoires to more artistic, narrative and conceptual works. The movement is supported by the proliferation of several video streaming platforms in recent years that have removed barriers to accessing media. White is in charge of the music video scene with his impressive catalog.

The director grew up in Qonce, in the Eastern Cape. His insatiable interest in music and video making was evident to him early on as a TV presenter. Inspired by his older brother who was a wedding photographer at the time, White raised money together, bought an entry-level camera, and shot a few videos for free. White’s career is said to blossom after taking a big financial risk quitting his job and he hasn’t looked back since.

In this interview, Kyle White talks about the five best videos he has created and his first steps towards producing a stellar music video.

How important are music videos to artists?

Music videos are the best form of marketing for musicians: they provide a platform for the artist to show more of the story as well as their individual styles. They play a few other roles such as completing a song if someone has listened to the track but hasn’t fallen in love with it yet. Videos can also help the viewer fall in love with the song and the artist.

How do you conceptualize your creative direction for each clip?

Sometimes the artist gives you carte blanche, like with ‘Whipped’ by Nasty C and Tellaman with Shekhinah. They gave me the song and asked me to conceptualize it. So, I started listening to the song in my hotel room in Cape Town and started imagining the visuals. I remember I wanted a progression – not just simple performance shots, I wanted to separate Tellaman’s performance shots where he was in the shots so the scenes in the song would change. However, in other cases, the customer comes to you and already has an idea that they would like you to execute.

Which videographers inspire you in South Africa and abroad?

I don’t watch other local content because I don’t want to imitate the directors’ style of shooting. However, a few that stand out for me would be Eliseo of Studio Space Pictures and Ofentse Mwase, both from South Africa, and internationally, Matt Alonzo.

What aspects do you think makes the perfect music video?

First, a good song makes a good video. And then the professional talent as well as good editing, the timing of the editing, the rhythm, the color, the style and the movement of the camera. Also, don’t ask yourself questions while filming. Don’t rush, take your time. Appreciate your crew and treat them and they will treat you well in return.

What are the things to absolutely avoid when shooting?

A progression towards a video that does not make sense. Scenes that are not shot at the correct frame range or at the wrong speed. Poor editing and choosing the right location are important. I also try not to film in the same location that I shot before, with the help of scouts.

What are your technical skills and what makes your work stylistically unique?

I’m not just a director who directs, I edit and operate too. I do the lighting, I don’t change DOPs, I am DOP, so some videos end up looking the same. Even a hip hop video might look like an R&B video, the lighting will be different, but it could be of the same quality. I don’t have a style when it comes to rhythm and editing, it’s just organic. I don’t do things intentionally to create a particular style. There are some things I like to do though. When I’m filming, there are certain lenses that I choose depending on what I’m looking for. I know if I want a detailed shot, and it’s ad hoc I want a close-up, I’m going to 15mm. If I want a medium shot, I’ll take 35mm, and if I want a wide shot, I’ll take 24 or 21mm.

I consistently do a good job and have been doing it for many years. I love what I do and am extremely passionate about it. I think these qualities come from my finished products.

Can you tell us more about your opportunity to shoot ‘Shine Your Light’ in the Dominican Republic?

â€œShine Your Lightâ€ was quite a difficult experience. I got a call about the opportunity from someone at the Master KG Open Mic Productions label – a longtime friend, Malou mentor and client, but who I was due to shoot this weekend. Three days later, I was on a plane to the Dominican Republic – jet lagged and disoriented, with no confirmed crew, equipment or fixed locations, and knew no local. Because the Dominican Republic is close to the United States. Americans still frequent the place, they are strict on using local producers and most of them speak Spanish so I had to use translators. But eventually, I was able to release the music video on Sunday night.

What did you learn from the experience?

Here are the top five Kyle White videos in no particular order:

Shine Your Light by Master KG, David Guetta and Akon

I love this one because we shot it in the Dominican Republic. Working in a foreign country was nice, and it’s a beautiful song. In addition, I was able to work with Akon and Master KG. The timing of the song was also great because we could really have some good vibes with all the universal suffrage that we went through. Watching the edit brought tears to my eyes.

In this video, I liked the cast, style, location, song, and colors. I was given full creative direction.

This video is super special for me because I got to work on it with the Ari Lennox team. I developed the concept and filmed it when we got to the scene. It was overcast but we made it work.

I did two versions of this clip, and it was the first Nasty C clip I did. I also put the concept together. I particularly liked the script because I shot it in Port Elizabeth, where I studied.

I loved this video because it was just me, my assistant Mbulelo, and two cast members. I enjoyed it because I loved filming on the fly. I held the camera and did the lighting myself.