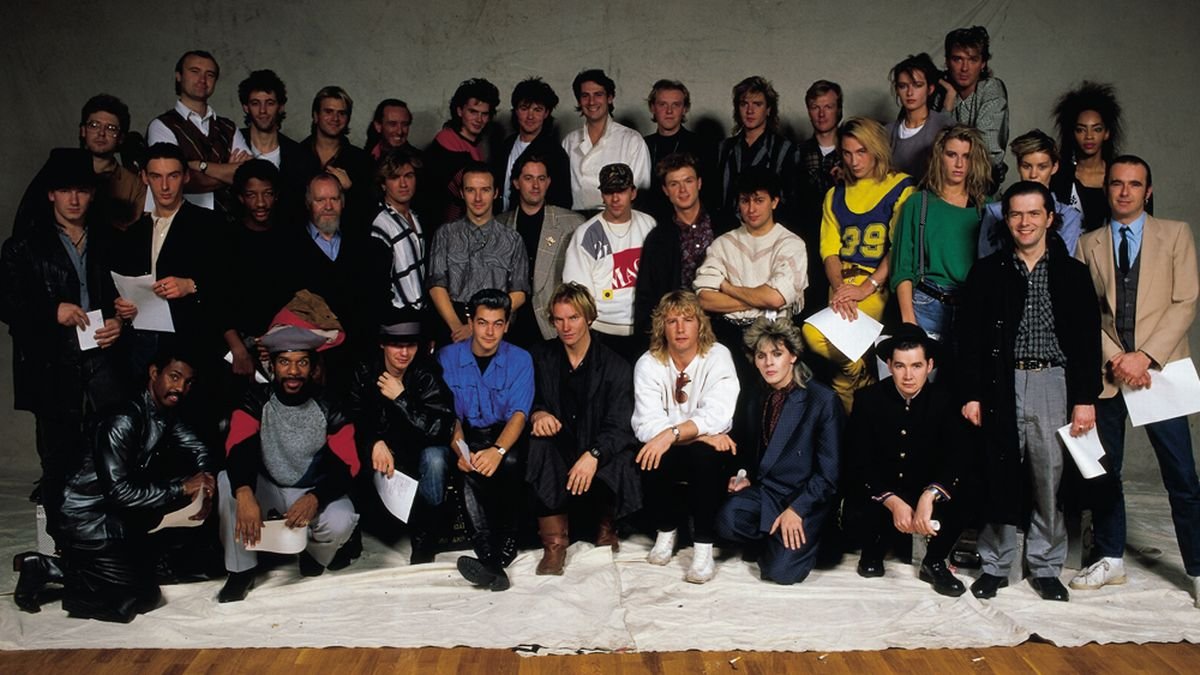 Music: Band Aid | The story of the greatest charity single of all time

By: Rachel A. Hairston
In: Music band
Tagged: united states

The brainchild of Bob Geldof of the Boomtown Rats and Midge Ure of Ultravox, “Band Aid” was formed in 1984 as a way to raise money for Ethiopian famine relief efforts.

The supergroup consisted of some of the biggest names in British music at the time such as Culture Club, George Michael, Paul Young, The Police, Paul Weller, Duran Duran and U2 as well as speaking B-side appearances by Paul McCartney. and David Bowie – today is the 2n/a bestseller in UK history (behind Elton John’s Candle in the Wind) and would spawn other huge lucrative relief efforts such as the United States we are the world and the 1985 Live Aid concerts.

Band Aid’s opening line for the landmark single was performed by Paul Young although this was not the original plan.

It was written for David Bowie, but he was unable to attend. He would perform lyrics from the Wembley segment of Live Aid in 1985 and would, however, make an appearance on the B-side of the record. In his place, Young – best known for his number 1 hit single cover of ‘Wherever I put my hat”.

Although it was never written for the track, a significant absence from the track was Queen. They were effectively blackballed from the single for breaking a boycott against performances in South Africa; at the time, the nation was badly torn apart by apartheid. However, the Freddie Mercury-led band would be forgiven by Live Aid and would be one of the most memorable acts of the gig’s relief effort.

The majority of the Band Aid performers on the single were band members. A remarkably quirky musician is Marilyn, who had a hit in 1983 with ‘Call your name’ – a UK top 5 single.

The androgenic singer was not invited to the studio but nevertheless went there and got a role on the track, but not a lead role. Good friend of Boy George from the Culture Club, Marilyn is today a largely forgotten musician of the time but still has her place on this record to put on her CV.

All of the voice recordings took place over a short period of 24 hours, with one arriving much later than the others.

When Bob Geldof first phoned, Boy George was in New York on his current US tour. Geldof told George to come home immediately. George got out of bed and quickly boarded a Concorde and arrived at 6 p.m.

With the coarse voice of the tour, he would consume a bottle of cognac. He would make the most attempts to get his voice performed satisfactorily.

One of the most ironic lines in the song is sung by The Police’s Sting.

Geldof recalled that:Sting was moaning“Should I sing this? I said, “Yeah, because it’s just a coincidence that the word sting is in there.” If you listen to the song, there’s a deep bitterness in Sting’s voice..” Sting himself would say “There is a touch of irony here. When we had to distribute the lines to everyone, it was no accident” – it usually seems that he was not happy with these lyrics written for him.

Similarly, Bono was originally against the “well, tonight, thank goodness it’s them, instead of you” line. Bono delayed the proceedings asking for a lyric change but Geldof insisted on keeping it. Its controversy has led to their modification over time.

One of the band’s most memorable contributions behind the recording came from Status Quo.

In addition to allegedly peaking, Status Quo had its biggest song contribution removed when it was deemed inappropriate. This was replaced with the same part sung by Sting, Paul Weller and Glenn Gregory of Heaven 17.

Elsewhere, the group mischievously followed the members of the Spandau Ballet (who had ended up hungover themselves alongside Duran Duran) to the toilets. They then locked the group in the stall, with the Ballet boys then having to knock down the door to escape.

Bust behind the scenes

Despite some of the incidents mentioned like Geldof’s profanity-laden phone call to Boy George and the Status Quo boys locked in Ballet, it was pretty peaceful.

Still, there was some tension when the egos clashed, as apparently Boy George and Paul Weller were on hand to poke fun at George Michael. In the book “I Want My MTV: The Uncensored Story of the Music Video Revolution“, George writes:Musicians in England had been going wild all year, and everyone had kind of forgotten about him for the day.”

He adds “The only person who didn’t succumb to the charitable nature of the day was Paul Weller, who decided to go after me in front of everyone, what the Wham! The member replied, “Don’t be ****** all your life. Have a day off.'”

Initially, after its release, Geldof apparently defended the single which had been his focus for months prior. This even included taking on Thatcher’s Tory government over VAT on sales of the single.

An early vocal critic of the single was Morrissey who called the project “diabolicalas well as Geldof as “nauseating character” but such is the ever-controversial singer of the Smiths.

These days, even the Boomtown Rats singer himself despises his own work, crediting himself with 2 of the worst songs ever in Band Aid and USA For Africa singles. Bob called back “I’m responsible for two of the worst songs in history. [One is] ‘Do they know it’s Christmas?’ The other is “We are the world”. Any day now I’ll go to the supermarket, head to the meat counter and it’ll play. Every fucking Christmas.. He also similarly stated, “Every time I come in to buy the fucking turkey, I hear [hums the song’s intro]. The butcher looks at me with a little smile and I say, ‘Yeah, yeah. Give me the fucking turkey, man.’ “.

No hard feelings though, aye Bob?