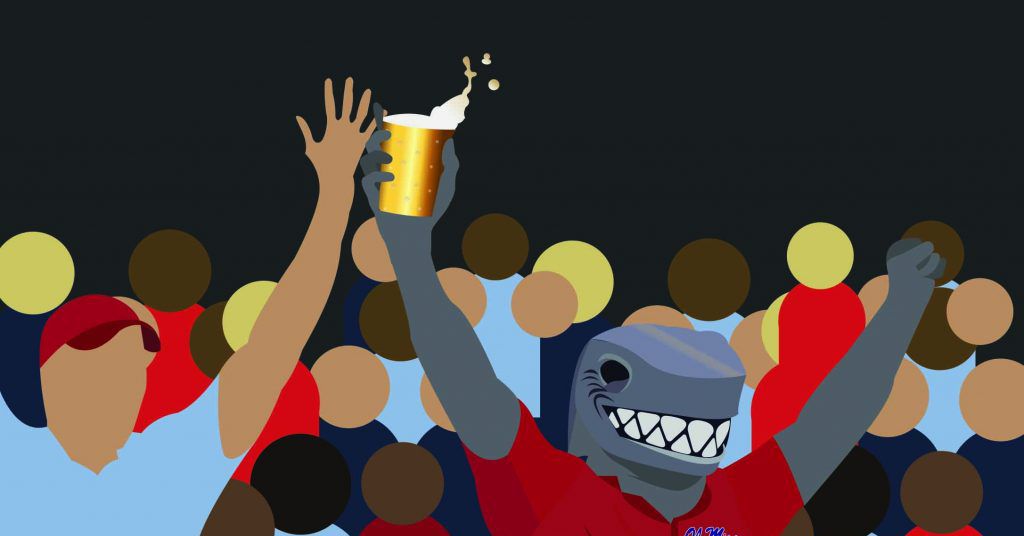 By: Rachel A. Hairston
In: Music playlist
Tagged: social media

Why Hello. Looks like we have the ingredients for a pretty interesting home stretch for this football season. You were all here bitching about this team just a few weeks ago. Sweet as baby Ags shit. Even though I had doubts and feelings about the team, I don’t express them on Twitter or SpaceHey. Yes, that’s right, a social media site like MySpace is back, baby!

Night match, in the grove, ESPN carrying a senile octogenarian on a national broadcast, it’s a perfect recipe for Ole Miss. Take a look at the Rebs training history, are they still the Rebels? The Sharks? Squid men?

Before we review some recent coaches, can we pause and look at the first Ole Miss football head coaches. If you wanted to make a list of Civil War baby names, start here:

Alexander Bondurant, Charles Dow Clark, HL Fairbanks, John W. Hollister, TG Scarbrough, WH Lyons and ZN Estes. All these coaches, trained for a year. I guess because they all died of cholera or tuberculosis.

Plus, they combined for a big 14-13 in seven years, and they kept that fucking schedule! The upward failure started early on at Ole Miss.

Now let’s move on to some newer trainers. Tommy Tuberville, sorry Senator Tuberville (my hands almost melted typing that.) He said he’d be transported to Oxford in a pine box a week, he packed up his shit and left for Auburn. Thomas was a respectable 25-20 at Ole Miss. He went on to become one of the most successful coaches in Auburn history.

Next, David Cutcliffe. While going 44-29 at Oxford was awesome, getting kicked out for not watching your assistants’ poor performance is pretty hilarious. He became the 3rd winningest coach in Duke history.

Who did Ole Miss hire next, THE CAJUN COOKIE MONSTER?

Ed O had a hilarious 10-25 as a manager at Oxford and he made an appearance on The Blindside. He then won a Natty at LSU.

And finally, the ding-a-ling king himself, Joey Freshwater. Here’s a hell of a resume: USC assistant, sort of head coach of the Oakland Raiders, head coach of a Tennessee, head coach of USC (fired on the tarmac), HC of the FAU and now wearing bow ties at Oxford. This guy has a platinum horseshoe shoved up his ass. I hope we have stopped them.

It’s going to be a crazy outing in Lafayette County on Saturday night. These are the types of games that make us all nervous in the panties and make @string of characters change his shirt about 37 times.

Everyone safe, have fun and BTHO ole miss. (If anyone catches my joke with some of the titles and numbering of this playlist in the comments. I’ll send you a high five, not a real, rude one.)