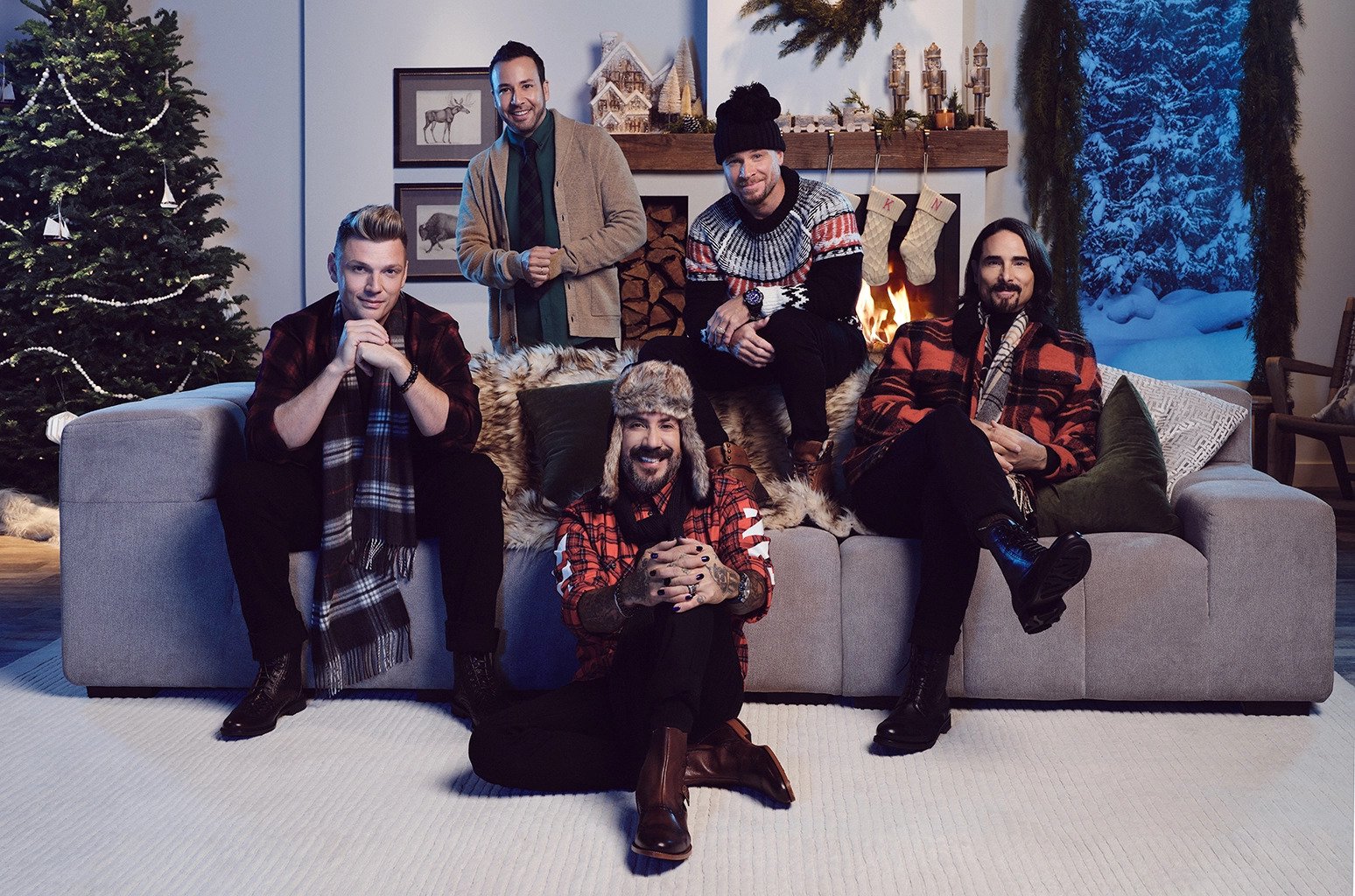 Is it weird that a Jewish person who was not allowed to listen to Christmas music growing up is now being paid to write about Christmas music? As the priest says, I don’t care if you don’t – life is full of delicious ironies. Don’t tell my parents.

Anyway, it’s that time of year again: as you’re no doubt aware by now, we’re now well past the point where artists have started releasing new holiday songs, even though we’re still a few weeks away from December. And as my colleague/former pop columnist Chris DeVille used to do over past Christmas seasons, I list this year’s bumper crop of new holiday pop songs. If there’s an album attached, I’ll be sure to mention it.

Alicia Keys – “December Returns June 2”
On her very first Christmas album, Alicia Keys goes into ’70s Soul Train mode on the record’s first single, “December Back 2 June,” co-written by Tayla Parx. The layered (but not overloaded) track has jingles, scooby-doo-bops, and a feel-good beat that honestly shows a lot more effort than you’d think Keys would want to put in at this comfortable stage of his career. . Good for her!

Andrea, Matteo and Virginia Bocelli – “The most beautiful gift”
Classical singer Andrea Bocelli is no stranger to the holiday album – his first of these, My Christmas was released in 2009. This year, Bocelli is teaming up with his children, Matteo (24) and Virginia (10), for a collaborative Christmas album titled A family Christmas. The first piano single “The Greatest Gift” is a good piece of schmaltz.

Backstreet Boys – “Last Christmas”
There’s something oddly comforting about the Backstreet Boys still being together after all this time. While their Y2K *NSYNC counterparts recorded their first Christmas album in 1998 (!), 2022 marks BSB’s first Yuletide-themed record: A Very Clandestine Christmas, which features a usable cover of the classic “Last Christmas” from Wham! from 1984. (Note: this list is technically intended to focus on original Christmas songs as opposed to covers, but I think BSB deserves a mention. Especially because I was shocked to learn that they had never released holiday music before this.)

Crowder – “The Song of the Elves”
Contemporary Christian artist Crowder has released a holiday album, Milk and Cookies: A Merry Christmas, last month. One of the originals is an “elf awareness” song called “The Elf Song”, which upon closer inspection is all about workers’ rights??! “Santa only pays them cookies when they work overtime / Gotta meet that quota, can’t make it in a 9 to 5 / That’s not right / Let’s talk about fairness.” There’s also a line in there about how Santa Claus pays elves paltry “M&M salaries”. Which… okay! Get those elves on a polar pension plan!

Good Girls NEWZ – “Every Christmas”
Last year, Nickelodeon (in collaboration with Tyrant ‘Ty Ty’ Smith and Jay Brown Productions) formed a new pop/R&B group called Good NEWZ Girls. The “NEWZ” does not appear to have traveled this far, as the group only has a few thousand followers on Instagram. Anyway, the teenage quartet released an original holiday jam called “Every Christmas” that’s cute but also sounds like it could have been performed by just about anyone.

Joss Stone – “What Christmas Means to Me”
British soul-pop staple Joss Stone also released her first-ever Christmas album this fall, and it looks like she’ll be promoting it by lip-synching aboard a float during the London Thanksgiving Parade. Macy, which I think is actually very difficult (the lip sync, not the float move). Merry Christmas, love features a lively cover of Stevie Wonder’s 1967 holiday anthem “What Christmas Means To Me”.

Lindsey Stirling – “Ice Storm”
Pop-classical violinist Lindsey Stirling recently released a Christmas album, Snow Waltz, which is a wintry mix of covers and originals. One of those originals is a mind-blowing instrumental track titled “Ice Storm.” Come for the furious fiddle (seriously, wow), stay for the sultry metal guitars and bashing drum work.

Lizzo – “One Day At Christmas” (Stevie Wonder Cover)
Technically a cover, but we can’t ignore a holiday entry from Lizzo. For Amazon Music, Lizzo covered Stevie Wonder’s 1967 classic “Someday At Christmas,” adding in a statement that “it reminds us that nearly 60 years later, we’re still fighting for peace, compassion, and love.” equality. A friendly reminder to spread love and kindness this holiday season.

Lola Kirke – “Christmas Alone”
Another song celebrating a lonely Christmas! My favorite. Lola Kirke (daughter of Simon Kirke, sister of Domino and Jemima Kirke) has a banjo-played ditty here about having an introverted little Christmas. He appears on Kirke Christmas Alone – Live from the Blue Room EP, now available via Third Man Records.

Patrick Stump – “Merry Christmas Spidey”
If you have little kids, and those kids like Spider-Man and Fall Out Boy, I guess you can’t go wrong with Patrick Stump’s “Merry Spidey Christmas” for Disney Junior Animation. Spidey and his amazing friends series. TBH, most holiday music sounds like children’s music to me. But look, anything that gives parents a break from CoComelon.

Pentatonix – “Kid On Christmas” (Feat. Meghan Trainor)
At the end of October, the a cappella quintet released their sixth (!) holiday album, Holidays around the world, a benevolent way of recognizing that not everyone celebrates Christmas. The album features five original songs, plus a stacked guest list including Chinese pianist Lang Lang, Congolese gospel singer Grace Lokwa, Lebanese singer Hiba Tawaji, Filipino artist Lea Salonga, Latin band La Santa Cecilia , Indian singer Shreya Ghoshal, Japanese artists HIKAKIN & SEIKIN, British a cappella ensemble The King Singers, and… Meghan Trainor, who sings on “Kid On Christmas”. Anything that pops out of my head “Made You Look”!

Rachael & Vilray – “Just Me This Year”
On the upbeat “Just Me This Year,” Lake Street Dive singer/songwriter Rachael Price and guitarist/singer/songwriter Vilray sing about spending the holidays alone after a breakup. Whether you split up with someone or not, abstaining from the party bustle is highly underrated; so I’m already a big believer in what this song sells.

Salem Ilese – “Secret Santa”
How do you like that for the lineup? Salem Ilese, who co-wrote sneering pop anthems like Bella Poarch’s “Build A Bitch” and Demi Lovato’s “Holy Fvck,” released an original holiday anthem this year, and it sounds downright fake big band. too brave Song by Meghan Trainor. Except the lyrics are more Gen Z-specific: “Is it crypto, is it money? / Or a Fortnite battle pass / Honey, tell me what you’re hoping to unlock this year.”

Check out a playlist of all the new songs below.

2022-11-11
Previous Post: Music videos tied to DC violence, but is it a fair tie?
Next Post: Who are the live band in the Season 5 premiere of Yellowstone?