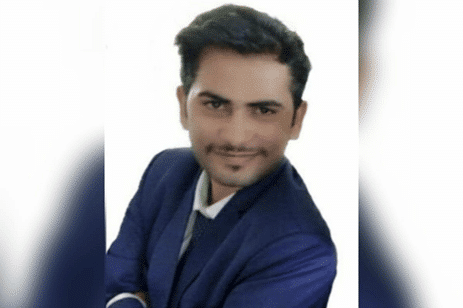 Pavan Kumar NR, a fascinating Indian musical artist, film actor and tech tycoon who was successful in his job

In a file photo by Pavan Kumar NR via facebook.com/pavannrofficial

Pavan Kumar NR is a musical artist, film actor and founder of Squad Capitals, who made a huge name for himself in the corporate and entertainment industry at a very young age. He was born and raised in Karnataka, India. Since childhood, he had a keen interest in trying new and different things. He was never shy about experimenting and exploring new things in his life. At the age of 10, he entered the Kannada film industry through the Kannada film “Bhanta” in the song of “Sidilige Sidilagi”.

While studying engineering, he founded a start-up named Squad Capital, a web design company that launched the media and news-based social networking website “Squad” in 2017. The same year , Pavan has been featured in international newspaper and regional newspaper Vijaya Karnataka by India Times.

After graduation, Pavan entered the music industry via his first release “Jolly Raider” on Spotify in 2020. Later, Pavan composed and produced several music “Be an Aggressive”, “May Be” and “All About You”. His music has been released on popular music platforms such as Spotify, Jiosaavan, YouTube music, Apple Music, Amazon Music, Hungama, Dezzers and many more. “ANACONDA Don’t”, “Rampage”, “Beauty Inside” and “Agent PK” was his last release. Pavan also has two years of professional experience in HR, he worked with one of the IT giants Accenture. Currently, Pavan Kumar NR is working on a collaborative project which will be released soon.

To find out more about him, his social media handles;

Listen to his latest release on Spotify: https://open.spotify.com/album/0AHGCwhMylU6kF8RhIdZDs?si=mAhpoH-ySIaBc2OdLLrhZA