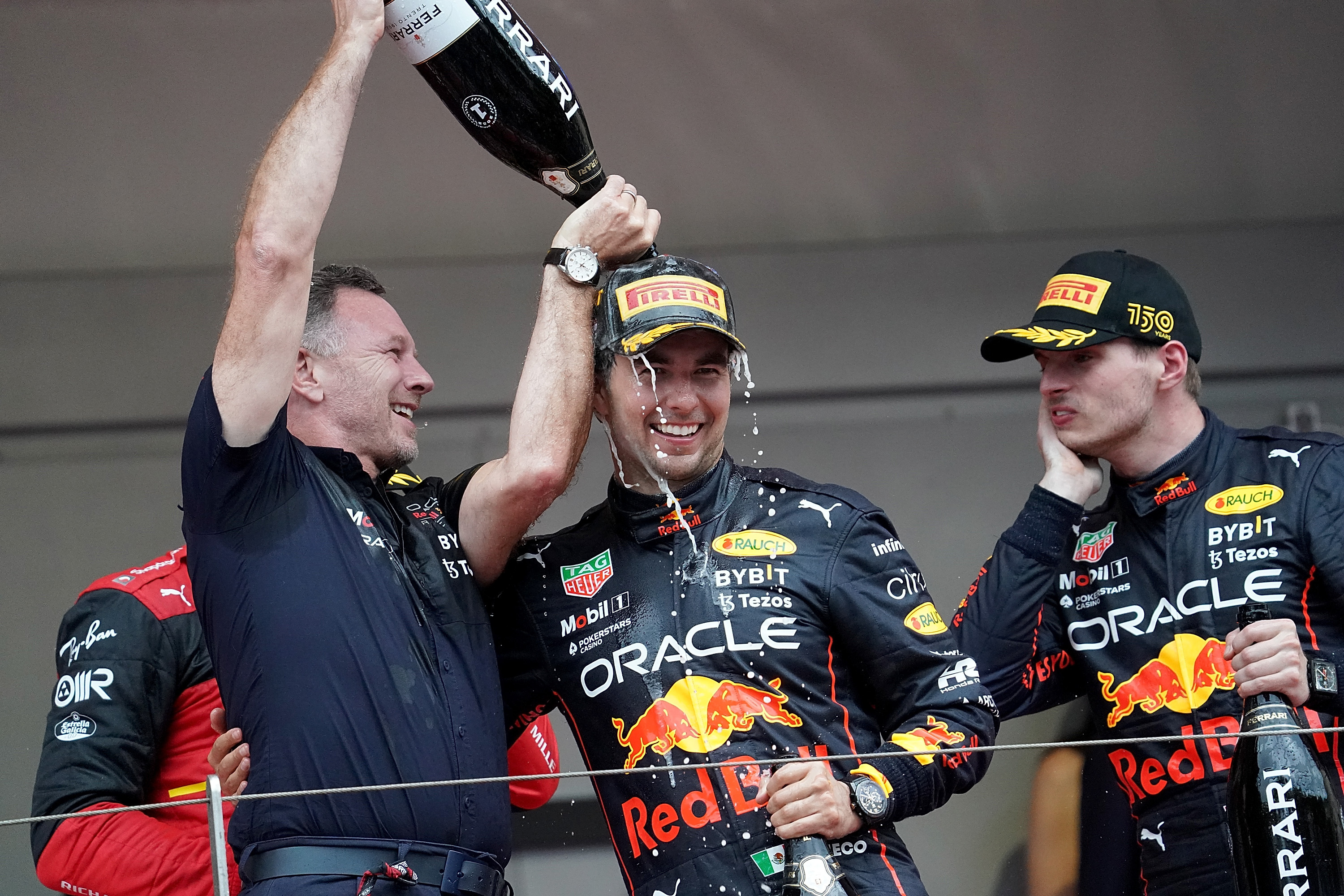 If you purchase an independently reviewed product or service through a link on our website, Rolling Stone may receive an affiliate commission.

Perez, whose victory in Monaco was the first time he has triumphed on the notoriously tricky course, says he uses a very specific type of music to motivate himself before a race. “My playlists are full of Latin and romantic music,” he said. rolling stone, during a recent promotional tour for his new partnership with Patrón Tequila. “I have to admit, it’s not what average people listen to to cheer themselves up, but it’s what I listen to to be in my zone, calm and focused.”

Among his favorite artists: “I would say Luis Miguel, Alejandro Fernandez, [the Colombian band] Morat, Carlos Rivera and Diego Torres,” he shares. “Mostly Spanish-speaking songs that connect me to my roots. »

Born and raised in Guadalajara, Perez’s roots also connect him to tequila, with his home state of Jalisco long recognized as the birthplace of the blue agave spirit. The driver says it was a no-brainer to team up with Patrón when the tequila maker came calling. “As many people know, I have so much pride in my country and my home in Guadalajara and Patrón shares that same pride in our home state of Jalisco, Mexico,” he says. “Boss and I appreciate hard work, dedication to perfection and community, especially celebrating the people of the great country of Mexico.”

The man known to fans as ‘Checo’, says there are actually many parallels between F1 racing and tequila. “Succeeding in the world of F1 is very similar to mastering the art of tequila making,” he dutifully says. “It takes passion and tireless dedication to achieve perfection. Like the art of tequila production,” he adds, “racing is teamwork. Each plays a vital role in using their unique talents with meticulous precision to produce the highest level of quality in performance.

The driver adds that making tequila and racing cars requires a lot of hands on deck. “At least 60 hands touch every bottle of Patrón before it leaves the distillery,” he shares, “[while] over 75 hands touch my car before I leave the pits and start running. It’s important not to compromise quality for efficiency both in racing and in making tequila.

Besides Formula 1 and tequila, Perez says he’s also a huge music fan, sharing a memory of meeting one of his favorite artists a few years ago. “It was very cool to meet Enrique Iglesias a few years ago in very funny circumstances,” Checo recalled. “As a global music star, he plays F1 Grand Prix events very often and one of the years, I think it was 2016 in Baku, I contacted his management team and the invited to my garage to watch the race from there. . And surprisingly for me,” continues Perez, “he replied that he had never been invited to an F1 garage before. So he came on the day of the race, I showed him my car, and since then we have become good friends.

Kicker: “I ended up finishing on the podium that race,” said Perez, citing Iglesias as a lucky charm. “Now every time he plays at an F1 event, I invite him to the garage and he invites me to his concerts.”

Perez’s win in Monaco was his first podium finish this year, and his third Formula 1 victory overall. It was also his second race victory for Red Bull, having taken the flag in Baku last year (his first victory came in 2020 while racing for the team then known as Racing Point) . Checo will be looking to become champions again in Baku in two weeks, when the drivers start the Azerbaijan Grand Prix.

Related: How to watch every F1 race online

For now, Perez is celebrating his victory in Monaco, presumably with a Patrón. “The F1 calendar is very demanding and I have to be very focused, [so] when I take advantage of Patrón, it’s usually to celebrate my podium,” he says.

Pride of Mexico adds that it’s always tequila season, “when I relax and spend time with my family at home.” His favorite drink: a simple Patrón Silver & Soda, made with tequila, soda water and fresh lime. “It’s light, refreshing, and just one sip transports me home to Mexico.”