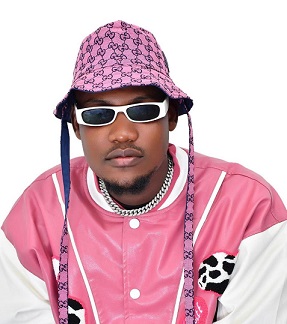 The Next Greatest Music Artist in the Eastern Region

The eastern region of Ghana has produced good talent in recent years, and Jeffrey Amoako popularly known as “TF” is steadily rising towards musical fame.

The vocal prowess of this musical sensation peaked for his fast in the Eastern region, which over the years has produced artists like Koo Ntakra. Ekow Marvel, King Maaga, among others.

Although he has been in musical circles for quite some time, TF recently released his major debut single “Toni Montana” which comes with an accompanying video.

The video since its release has gained popularity on various digital platforms, especially YouTube, with over 50,0000 views.

Speaking in an interview, TF said, “I’m amazed at the overwhelming support I’ve had over the past few days since releasing my first single. The views on my channel are very encouraging and I’m looking to build on that and to create a strong brand for myself,” he said.

TF also added that he is optimistic about becoming a top musical group in the near future due to his passion for music.

The musical sensation revealed that he started making music at a very young age and wanted to use music to inspire young people.

“I am aware of the competitiveness of the music industry, but I am fully prepared to navigate my big breakthrough in the industry and with the support of my new label, TF Promotions.

“I’m completely ready to take a big step towards the next level of my career. I know it wouldn’t be easy and I’m ready to persist and make great music that will make waves in Ghana and beyond. beyond,” he said.