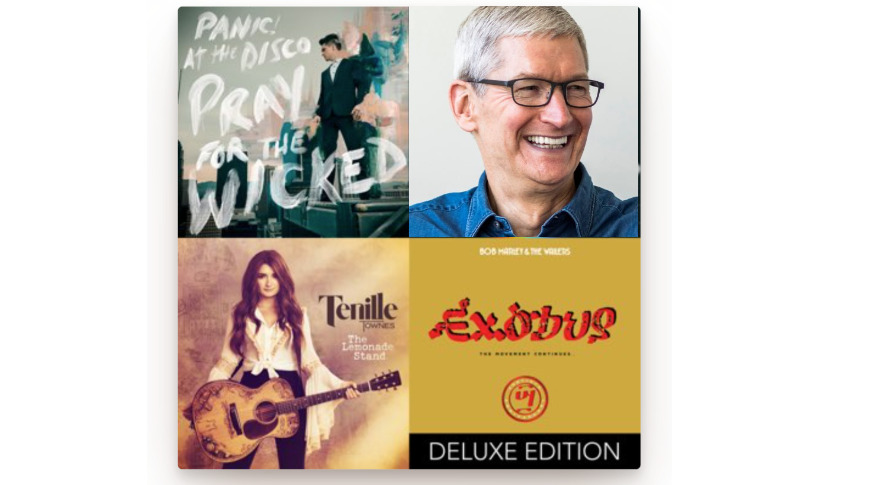 AppleInsider is supported by its audience and can earn commission as an Amazon Associate and Affiliate Partner on qualifying purchases. These affiliate partnerships do not influence our editorial content.

Ahead of the launch of Apple’s â€œiPhone 12,â€ CEO Tim Cook revealed what he calls his Apple Music playlist for this event day.

â€œHey, Siri, play my playlist for the day of the event,â€ Tim Cook said on Twitter, and included an Apple Music link to the whole playlist. The list, apparently updated yesterday, has 27 songs and is 1 hour and 42 minutes long.

All of the tracks are upbeat, but otherwise represent an eclectic range of artists, genres and styles. It is more than possible that there is an allusion to the Apple event in the choice of music.

It begins with a trio of “High Hopes”, “Whatever It Takes” and “Come As You Are”, artists Panic! At the nightclub, Imagine Dragons and Tenile Townes. There might be some subtle nods to cameras and photography too, as the rest of the list includes Johnny Nash with “I Can See Clearly Now” and the cast of “Hamilton” performing “My Shot” .

Featured artists and bands from America include Fleetwood Mac, Van Halen and Bob Dylan. There is also “Rock Steady” by the late Aretha Franklin, which Tim Cook once praised.

The entire playlist can be streamed on Apple Music for Apple devices such as iPhones, Macs, iPads, and HomePods, or directly online.

Alternatively, if you just want to read what’s on the list and wonder if Bob Dylan’s “Tangled Up in Blue” was chosen for some specific reason related to color, here’s the full list.