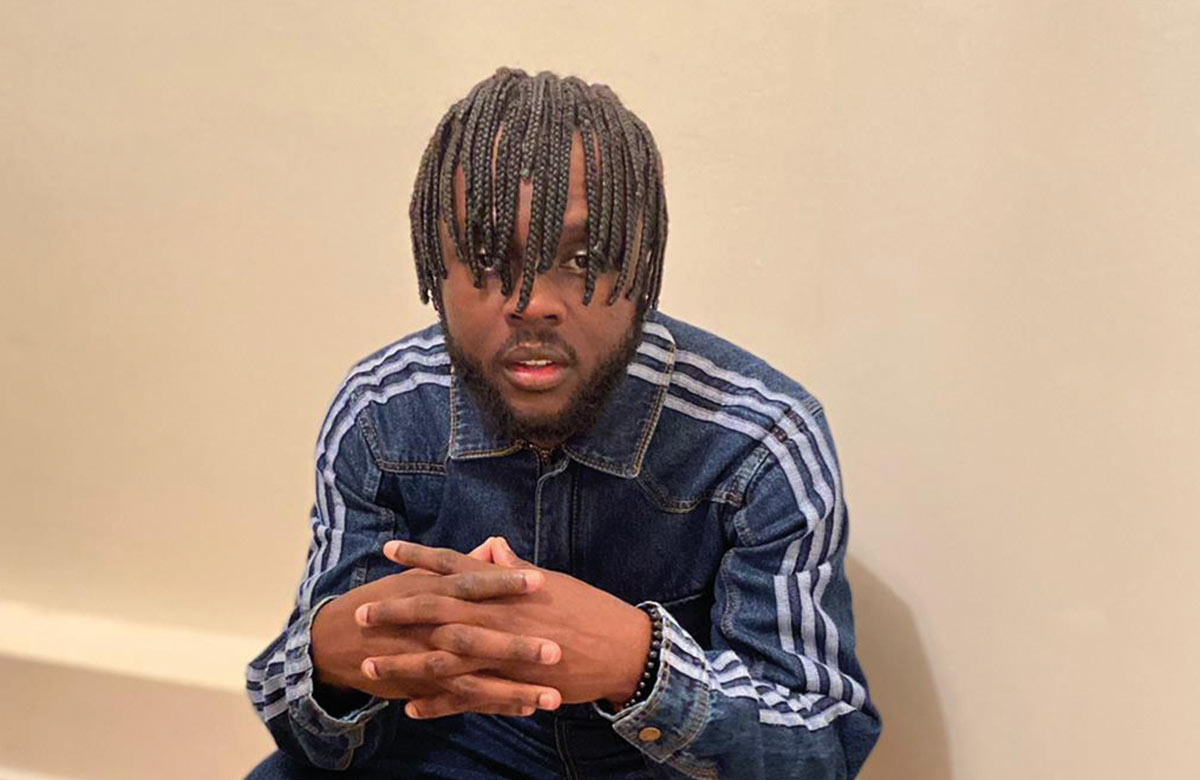 The Drama Studio London graduate wants to inspire young people who find it hard to believe they can pursue a career in the arts, after facing his own challenges as a teenager growing up in Croydon. He says Giverny-Masso how the pandemic has inspired a new love for music and shares his advice for emerging players…

Can you tell me about some of your theatrical work so far?

The first job I did out of drama school was an R&D for a show called Giving Up Marty, on the struggles of adoption and what happens when a child who has been adopted comes back into the life of the birth family years later. It was also one of the last works I did as it was picked up years later for a run at the Vault Festival. Since then, I’ve done a bunch of showcases, including one at National Theater Studios, which was a highlight. I also co-wrote and produced a show called Crossing with two acting school friends, Arghierenia Kyrimi and Florence Wright. It took place as part of the Camden Fringe Festival before the pandemic and was an analysis of what happens when you do your daily life and you constantly bump into people and have these very brief interactions.

How have you channeled your creativity during the pandemic?

When Covid arrived and the cinemas closed, I thought: “What do I do now, where do I go from here?” Music was something that filled the short term void and has become a long term thing now. I never really thought of myself as a musician, it was always play, play, play, but when you have that taken out of you, you find other things that you can explore. I can’t sit still, I have to do something, and doing her own thing helps because you’re not waiting for auditions or your agent to ring. Writing is one of them and over the years I’ve written quite a few screenplays as well. The challenge is to make them see the light of day now that we are coming out on the other side of Covid.

Can you tell me about the music you made during the pandemic?

I’m going to release an EP called PSALM (Palm Signs and Lost Minds) Later this year. The album follows the path of the last 10 years of my life. It traces all the things that have shaped who I am now, including the positive experiences of growing up in South London and the negative ones, including coming into contact with the police. A big goal for me is to let growing kids know that there are other options. I say I’ve been where you are, and I’ve been blessed to see that there is another way, you don’t have to follow the path you think is laid out for you. When I was growing up, there weren’t really any role models—especially rappers—that came out with that angle. Everyone said the same thing every time. Even if I say these stories are like a cautionary tale.

What advice would you give to other emerging players?

When I was in drama school, I came across a quote and it stuck with me. He said, “Find what you love to do and let it kill you.” Find that thing that sets your heart on fire and do it. To me, that’s the only mentality you can have when pursuing something like theater or music because it’s not easy. It’s not easy to get your name out there, but you have to remember why you’re doing it.

2022-02-21
Previous Post: This band is making a comeback, jailed for heavy metal music
Next Post: The 1st Uncut New Music Playlist of 2022