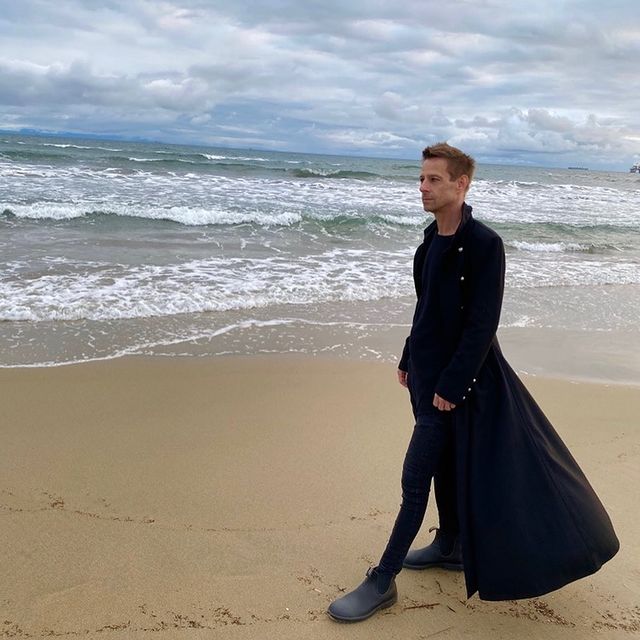 Lose yourself completely with songs from ‘Oceans’an album released by The sea at midnight with excellent musical training and dreamy soundscapes.

The Emerging Music Group The sea at midnight released another album ‘oceans‘. Their extensive musical works of the new extended piece follow their self-titled debut album, released in 2020. The group hails from Los Angeles and has three members, Vince Grant, Chris King and Brandon Pierce. Vince shared his magical voice with the brilliant musicality of King and Pierce. This new album has four songs ‘Oceans’ the title track is a levitating song with bold and sharp techniques, followed by the numbers ‘Afraid of the Waves’, ‘Atmosphere’, ‘I Can’t Wait’, all of them are just as compelling.

They tasted fame with their first album, but there should be more for them, as they are all extremely talented singers, songwriters and musicians. The captivating nature of the songs of The sea at midnight will leave their listeners with an ecstatic feeling of being connected with nature. And they surely have a lot in their pocket for the public. The singles ‘anything about you’, ‘afterglow’ released by them have this aura of charm and ‘Dreamy synth diffusion’. Listen to this album ‘Oceans’ as well as their musical journey on band camp, Spotify and YouTube. They also have their website with you can also follow them instagram, Facebook, Twitter.

Listen to the album on Spotify:

Hughes Nelson is a contributing writer for Daily Music Roll. He also runs a few other blogs, where he analyzes pop, hip-hop and other music too seriously. Hughes reviews music daily and magnanimously delivers, encourages and even participates in music discussions around the world.

2022-01-27
Previous Post: tauseef_4432 is a musical artist, music producer with his musical successes around the world
Next Post: January Recap + Music Playlist