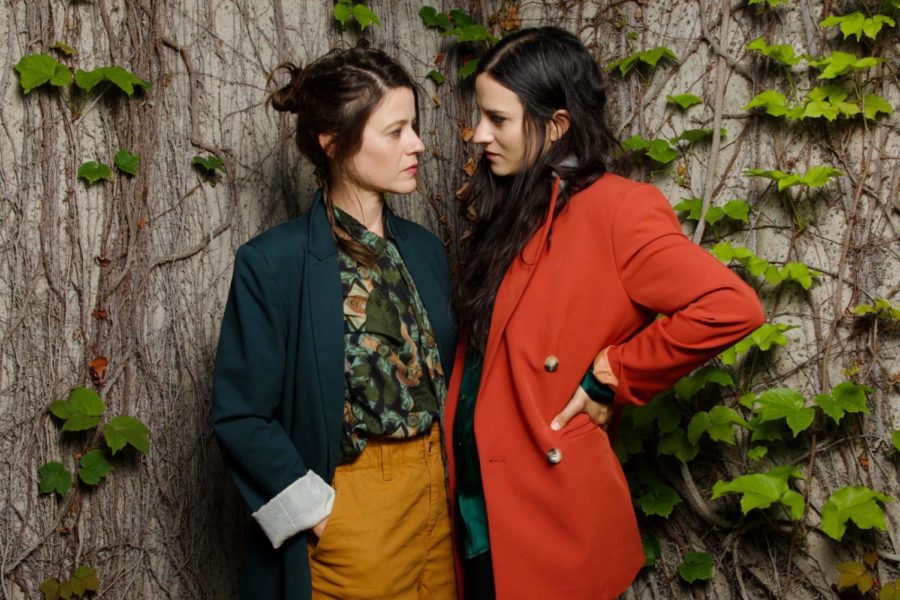 Earlier this month experimental pop duo Vákoum, consisting of Kelli (left) and Natalia Rudick-Padilla (right), released a live version of their track ‘A Thought’, from their latest album Linchpin. Photo of Kelli and Shani Rudick

The world is quite heavy right now. I’m not going to qualify that, or try to make a clever joke. It’s the truth.

Thus, from the groovy pop of Sunsets to the woozy indie of Ten Bulls passing by the “icy breeze” of Vákoum, City Times Media is here with a little dose of escapism.

And as always, if you’re a local musician interested in being included in the playlist, send your tips to [email protected] Don’t forget to let us know if you’re a San Diego City College alumnus!

The effervescent and luminous indie rock evokes an optimism reminiscent of the British invasion. I mean that in a charming way – we’re not really in the most bubbly time. Hence perhaps why the “Cow Tools” album will be a joyous addition to 2022 with its upcoming release in March.

Straight from Oceanside, this new take on Dezzy Hollow exemplifies West Coast rap in its new yet still classic forms. Stable, rolling and with a touch of nostalgia.

Golden Hour – “I’m Talking To You”

Golden Hour, the solo project of Chad Boland from South Bay specializes in serene and sweet jams. Her latest single, “Talking To You,” is no exception. It’s a warm, nostalgic pop song that conjures up visions of sunset beachside walks or pixelated vaporwave visuals. Like going through Grand Theft Auto: San Andreas without all the killing.

“Common Sense”, Michael Montano’s debut single, is a catchy indie-rock track. It’s spunky and enjoyable, with all the edgy, edgy guitar licks one could hope for. A catchy, relaxed track that’s simple in a self-assured way.

Tijuana’s Parque De Cometas have been releasing what they call “revuelto pop,” or muddy pop, since 2018. Their latest single, “Felpa,” is a hazy mix of strummy guitars, muffled vocals, and late-night swells. ‘another world. It infuses smooth, expansive indie rock instrumentation with a refreshing post-punk sonic grit.

Peymaar’s album, “Peymar”, as its title suggests, is a self-proclaimed journey of the self. “A Vital End”, echoes The Doors and the sounds of Buddhist prayer. And yet, aware of this, he pushes the soundscape to a new threshold. The quote makes the album no less profound, maybe even helps us face our ghosts.

Sunsets and foreign locals. – “Pull Me In”

“Pull Me In,” the latest collaboration from electronic producer San Diego Sunsets and singer-songwriter Foreignlocal, is a sublimely groovy pop song. The track is danceable, thrilling and radio-ready. A slow, catchy burn that makes you want to feel sand between your toes.

Indie dreamers Ten Bulls released a video for their new single, ‘Virgil’, earlier this month and it’s an infectious display of muscle pop. Flooded with reverb, the band weaves relatively sparse instrumentation into a dense, hypnotic form that propels and dives.

There are shades of Alt-J here, but luckily for everyone, I’m not talking about the vocals.

Vákoum – Live recording of “A Thought”

If fjords could exist in a Mediterranean climate, you’d listen to “A Thought” under a palapa with an icy breeze that both numbed and sharpened your senses. Creative duo Kelli Rudick and Natalia Padilla explore themes of loss and trauma in this electric lament.