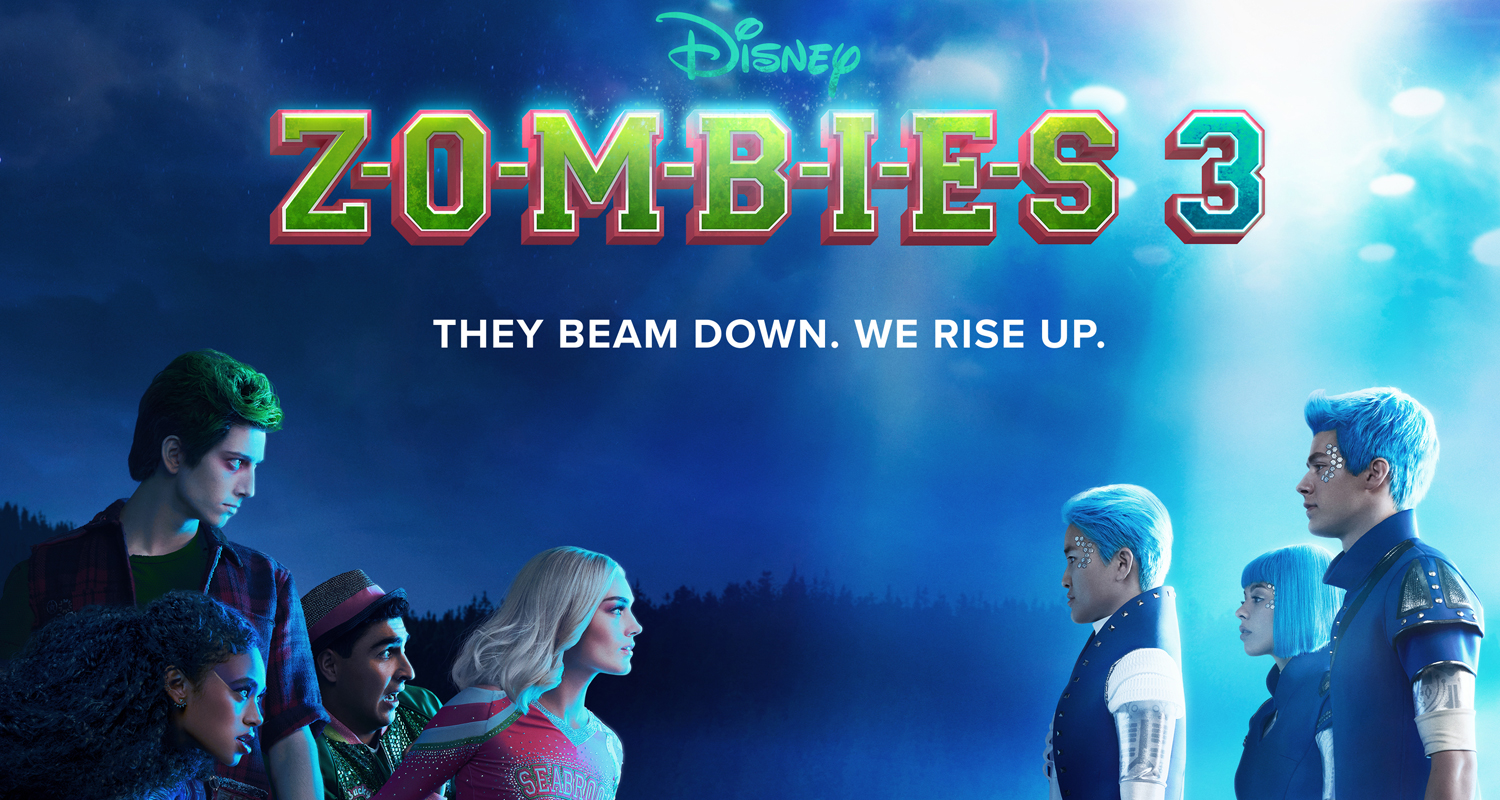 The third part of Zombies the franchise is out!

Zombies 3 made its debut on Disney+ on Friday (July 15), which means the soundtrack is also here!

The musical’s soundtrack features 10 songs, including a new version of “Someday” from the first film.

This thrilling production number kicks off the film as a mysterious alien spaceship arrives at Seabrook. Featuring the entire cast, “Alien Invasion” has a sci-fi vibe and an electronic track that evokes “Close Encounters.”

“Ain’t No Doubt About It” – Milo Manheim & Meg Donnelly

Zed and Addison break the fourth wall in this comedic, upbeat duo
which reveals how they have matured since the beginning of the Zombies franchise.

In this edgy and suspenseful K-Pop influenced pop song, werewolves take to the streets to hunt aliens in a musical game of hide and seek.

Nervous about his college interview, Zed looks to boost his confidence in this poprock musical number that features a hybrid of spoken word and songwriting. Addison, the werewolves and the zombies join them in a joyous expression of support.

Addison expresses energy and emotion in this cheerleading number which features pop, dance and rock elements and inspiration from great female artists such as Lady Gaga, Beyonce and Madonna.

In this new cover of the ballad “Someday” by Zombies and Zombies 2the entire cast joins us for a new version of the hugely popular song.

“Nothing But Love” – Cast

In this fun and enjoyable finale, the people of Seabrook come together as they discover there really is no place like home.

The Aliens’ precise, robotic cheer-contest number features a rhythmic dance floor and a single lyric: “Utopia.” Check out the full song below!

Check out the full soundtrack below…

2022-07-15
Previous Post: Megan Owns It, an aspiring Californian musical artist and singer, gives us a glimpse into her world
Next Post: Two Comedians and Another Amazing Musical Artist Added to UPH’s Fall 2022 Schedule